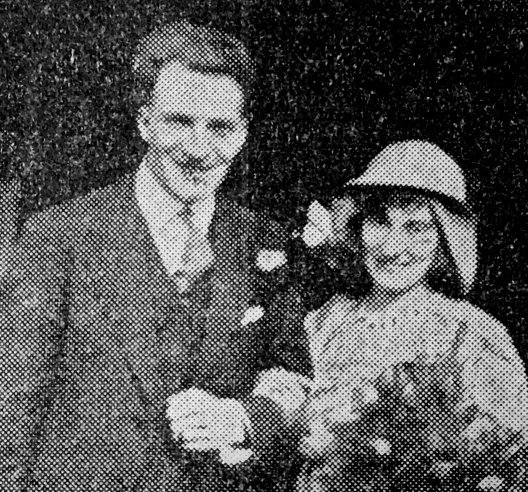 The bridegroom was attended by Mr. J. W. Carr, of Parkgate, and Mr. E. Davis and Mr. T. Flather acted as groomsmen.

Before and after the ceremony nuptial music was played by Mr. R. C. Currier, organist of the Conisborough Parish Church and a colleague of the bridegroom. Following the ceremony a reception was held at the home of the bride, and later the couple left for London. Numerous presents received included a canteen of cutlery from the clerical staff of the Manvers Main Colliery, and a tapestry fire-screen from the staff of Barnburgh Colliery.