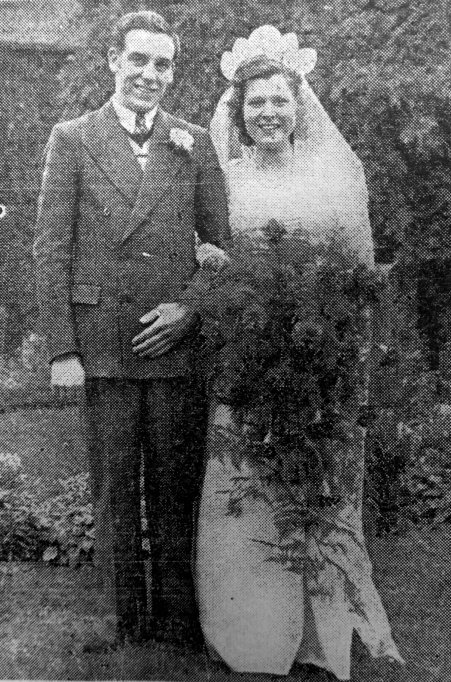 The bride, given away by her brother, Mr. George H. Gill, wore ice blue taffeta cut on classical lines with veil and wreath and carried a shower bouquet of red carnations and fern.

Her bridesmaids, Miss Shiela Holland and Miss Doris Gill, were in lavender crepe de Chine, Miss Irene Ball was in turquoise crepe de Chine and Misses Molly Gill and Lilian Downing were in black satin. All had shoulder veils and flowered headdresses and carried yellow chrysanthemums and fern. Best man was Mr. Albert Downing, and the, groomsman Mr. Charles Goddard. A reception was held at Denaby Main Scout Hall.

The bride and bridegroom received in Westminster chimes clock from Mr James Walton and a cheque from the bride’s colleagues  at I.C.I., Denaby Main.

A gift was also received from colleagues at the Power Station