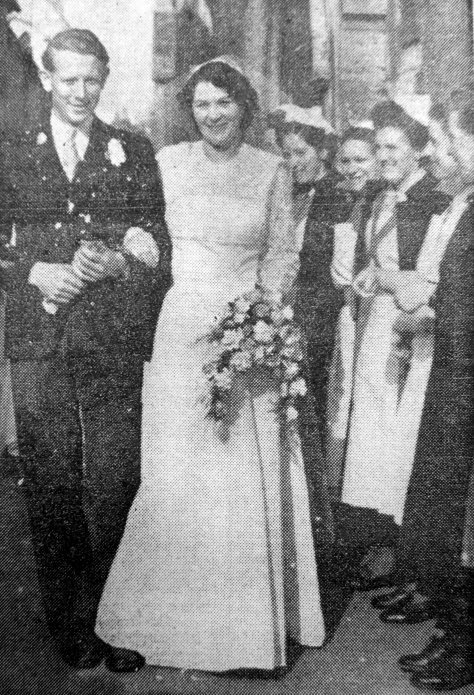 Miss Cooper has been a Sister at the Dorset County Hospital for the past five years and on leaving was presented with a canteen of cutlery, Lloyd loom linen basket from the matron, and a tea service from the Nurses’ Sports Club, of which she was president,

Mr. Cooper is chairman of the Young Farmers’ Federation and a member of Dorchester Agricutural Society.

A reception at the Antelope Hotel was attended by 80 guests, and the couple later left for a touring honey moon in Devon and Cornwall. The bride travelled in a cherry red suit with grey accessories.