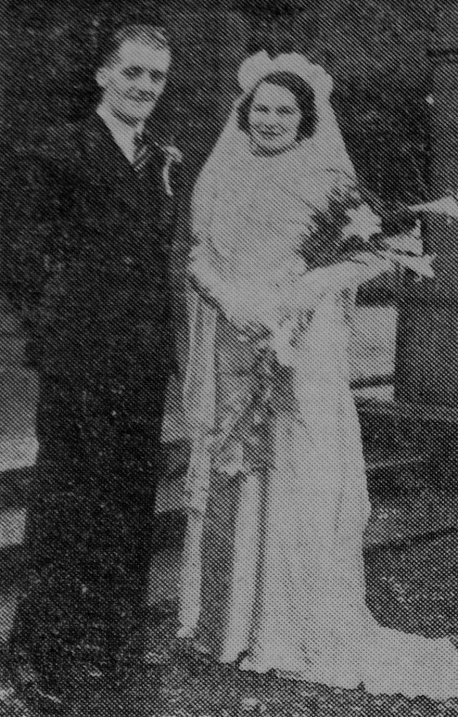 The ceremony was performed by Father J. Holohan (parish priest), assisted by Father George Hinchliffe (curate), and the bride, who was given away by her brother, Mr. Michael Quinn, was attired in a gown of white satin, and wore a net veil with a wreath of orange blossom. She carried a shower bouquet of white lilies, and was attended by Misses Katie Quinn (sister), Joan Quinn (sister), Lilian Maffin (niece) and Margaret and Eileen Collins (sisters of the bridegroom), all of whom were in white taffeta dresses with pink shoulder veils.