Mr. and Mrs. W. Smith, of 1, Braithwell Street, Denaby Main, have had a family of six sons and six daughters, here pictured with them is a photograph taken on the recent occasion of the marriage of their fifth son, Roland.

A Birmingham couple, Mr. and Mrs. Smith celebrate their Ruby Wedding (40 years) in August. They came to Denaby 38 years ago, and ten of their children have been born in the village. All but the youngest son are married, and most of the sons, like their father, have been miners.

In the group (in order of seniority) are: George, William, Alice, Elizabeth, Alma, Harry, Catherine, Lilian, Samuel, Roland, Ethel, and Richard. Harry and Samuel have both seen Army service. Mr. and Mrs. Smith have 20 grandchildren. 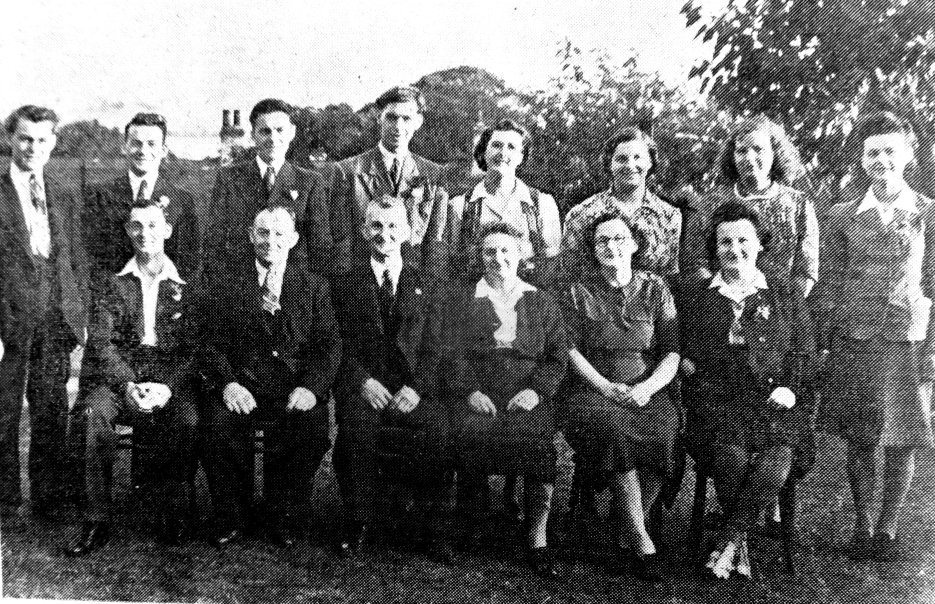