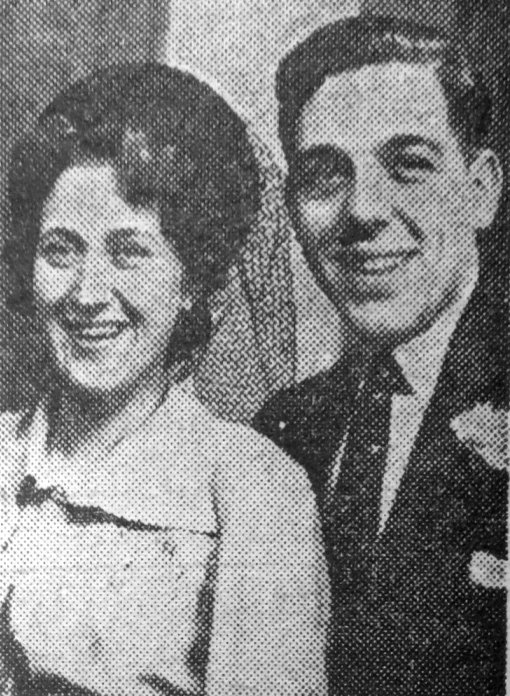 The bridegroom’s gift to the bridesmaid was a pair of nylons.

A reception was held at the Plant Hotel, Mexborough. The bride received a cutlery set from colleagues at the G.E.C. Swinton.