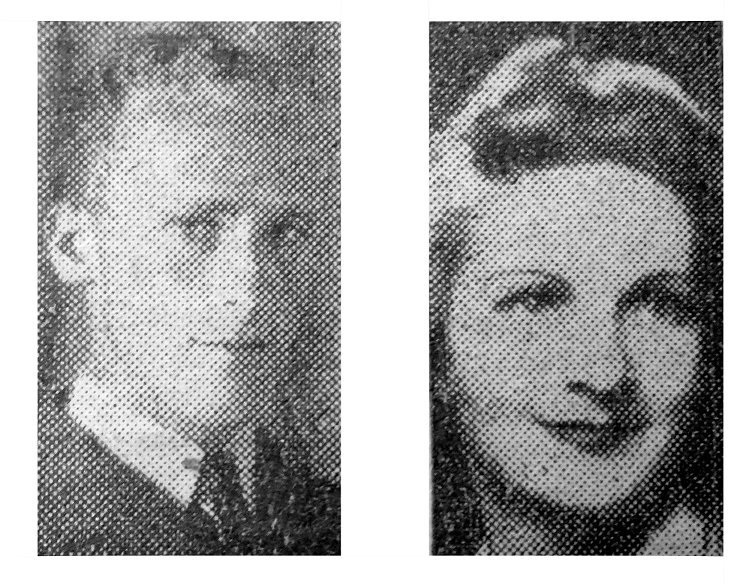 The service was choral. The bride, who was given away by Flights Sergeant-Pilot Robert Kildaire (R.A.F.. V.R.), was attired in a powder blue smocked Angora, dress with black French velvet hat and black suede accessories. Her attendant, Mrs. Robert Kildaire, was attired in a two-piece of blue boucle with sky-blue hat trimmed with fuchsia, and fuchsia suede accessories. Both bride and attendant wore orchids.

After a reception Mr. and Mrs. Grinham left for London where the honeymoon is being spent.

Among the many gifts was a cheque from the bridegroom’s fellow pilots presented by their Squadron Leader, and a canteen of cutlery from the nursing staff of the “Caledonia Maternity Home,” Blackpool.