When Conisbrough’s 1916 V.C. was welcomed home

A chapter of Conisbrough’s history was bought to light once again this week by an old picture of the official welcome home at Conisbrough Railway Station of Sgt. Lawrence Calvert, the villages only V.C., in 1916.

Sgt. Calvert was serving with the 5th Kings Own Yorkshire Light Infantry and won them Victoria Cross for storming a German trench single-handed in France.

The picture belongs to Mr William M. Burton, of 5, Sheldon Avenue, who also served with K.O.Y.L.I. in the First World War and was verger at Conisbrough Parish Church for half a century.

74 years of age now, Miss. Burton described that memorable day in the summer of 1916 when thousands of people crowded the approaches to the station, and Council and Colliery officials waited on the platform to welcome home the local boy who had gained the highest award for gallantry.

Mr Burton was among the official party and as the train pulled slowly into the station with the passengers leaning from the windows, a band struck up with “See the conquering hero comes.” They welcome the band headed procession to Sgt. Calvert’s home which was opposite the Methodist Chapel. These houses have now been demolished.

Mr. Burton could not recall any more of the faces on the picture, but readers may remember others. Mr. Burton joined the K.O.Y.L.I. In 1910 as a territorial and met Sgt. Calvert at the regiment’s barracks in Doncaster. Mr. Burton does not know what became of Sgt. Calvert but believes he re-enlisted in the King’s Own Yorkshire Light Infantry and served as an instructor. The old photograph is reproduced here. 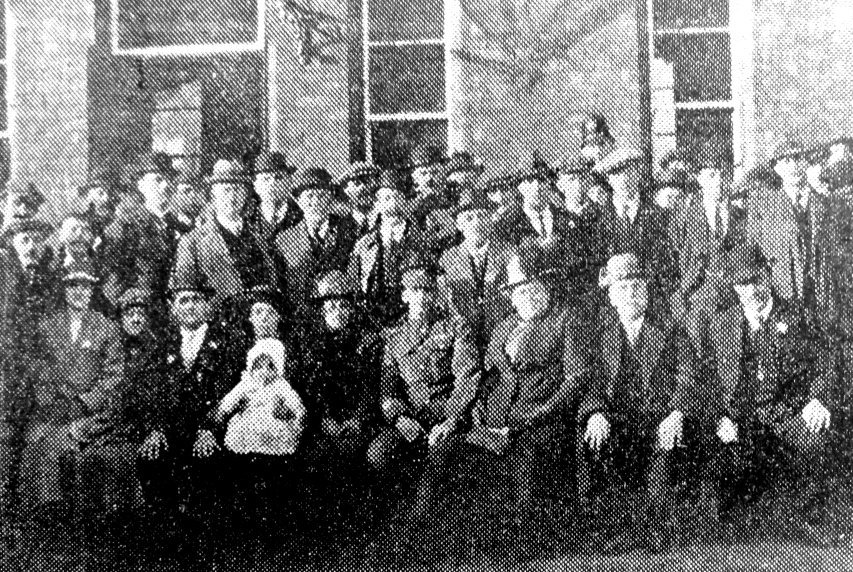