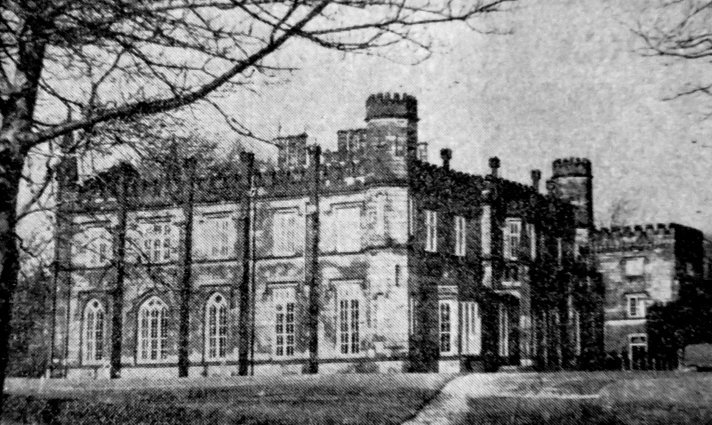 Thrybergh has ancient connections with the Reresby family, who were in possession of land here in the early 14th century.

Sir Adam Reresby was created Lord of Ashover in 1316, and his descendants married into the well-known families of Stapleton and Fitzwilliam, and other families in the Rotherham and Sheffield district. During the reign of Charles I. Sir John Reresby, Governor of Hull, was created a Baronet. His wife was Frances Yarborough, of Balm Hall, near Snaith.

His son, also Sir John, succeeded to the Thrybergh estate, and married Frances, daughter of William Brown, of York. Their eldest son, Sir William, sold the family estate in the early 1700’s to John Savile, of Methley Hall, as a result of high gambling debts.

The last record of the Reresby family, according to Edward Miller’s “History of Doncaster, 1804,” was in 1741, when a Sir Leonard Reresby was recorded to have lived at that time in London, but his Groinection with Thryborgh is not at all clear.

For a time Thrybergh deteriorated, until John Saville’s daughter went there In the 1720’s, after her marriage In 1720 to John Finch, the second son of the Earl of Aylesford. It appears that their son Savile Finch, then resided at Thrybergh and his family lived there until the early 1800’s.

In 1809, Colonel John Fullerton had acquired the estate, and by 1814 he had demolished the old manor and erected the present house, but on a different site. Colonel Fullerton died in 1847, and the estate passed to his son, also called John. By the 1860’s, the Stanley family occupied the house, but by 1864 it had changed occupants again, and was by this time the home of J. W. Scarlett, Esq.

The Scarlett family were, in fact, only tenants of the Hall, for the estate was still owned by the Fullerton family. In the late 1860’s and mid-1870’s, Thrybergh was unoccupied. However, Thomas Grey Fullerton, son of John, who died in 1871, returned to the estate in the early 1880’s, and by 1883 Thomas’s brother (the Rev. Charles Garth Fullerton), was in residence. His son, John Skipworth H. Fullerton, was the next to live at Thrybergh, but by 1902 the house was again unoccupied.

In 1903, the mansion and beautiful parkland was leased by Rotherham Golf Club, who purchased the freehold about 1928, and In whose possession the most excellent preserved estate still remains.

Thrybergh Hall is A sizeable late Georgian castellated house built of stone. In many ways it is similar to St. Catherine’s Hall, Balby, Doncaster. In fact, the architect could well have been the same, for both places were built about the same time, but unfortunately his name is not known either in association with the building of St. Catherine’s or Thrybergh. Both houses are architecturally linked when comparing the tower-like structures at each corner of the parapet, and the castellated towers forming part of the domestic quarters of each mansion.

The house is finely situated on a hill, and has a commanding view of a valley-like parkland superbly kept, yet well adapted for the requirements of the Golf Club. Long narrow plantations bound the estate, approached by a long timbered drive with Gothic-style entrance lodge. The former principal entrance, on the Rotherham – Doncaster road, is no longer used, and here is another Gothic-style entrance lodge.

I wish to refer acknowledgment to the Secretary, Rotherham Golf Club, for permission to visit the estate. Also to P. B. Littlewood, Reference Librarian at Rotherham Public Library, for search kind assistance In respect of 19th century aspects of Thrybergh.

Troublesome Customers at the Reresby Arms