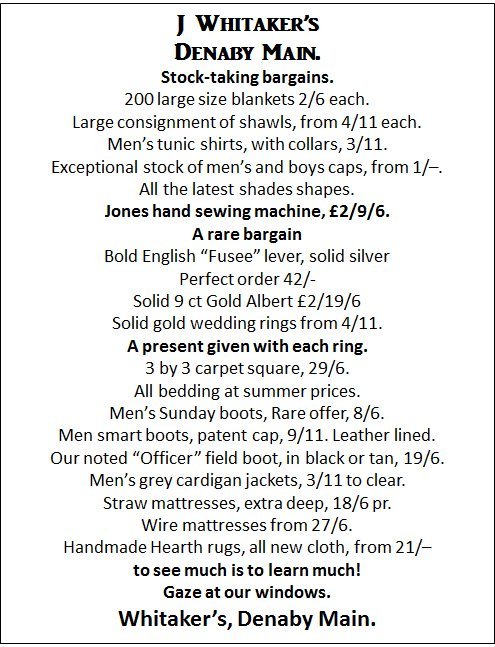 Mr and Mrs Whittaker, Glassworks Lane, Denaby Main, were notified on Friday that their son private Thomas Whitaker (York and Lance) has been killed on January 7.

The chaplain writes: “Your son died a hero’s death, doing his duty as a brave soldier, and you will always find some consolation in remembering that.”

Private Whittaker was 36 years of age, and enlisted 16 months ago. He previously worked at Messrs Kilner brothers works for 21 years.

He was well known in local football circles and played a good many years for Conisborough St Peter’s.

He went out to France with the Denaby territorials, and was wounded at Hooge. Some months later he was discharged, having contracted a trench disease.

Private T Whittaker had been on active service 11 months when he was killed.