Whose Double Is This Girl? 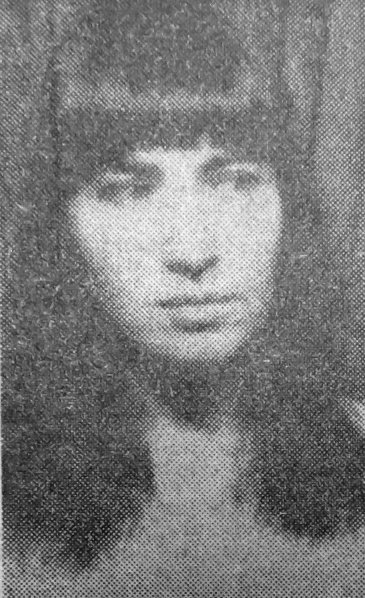 Israeli singing star, Esther Ofarim has never visited Conisbrough, but customers, at a handyman’s shop in the town have often commented that she has a “double” in 25 years-old Mrs. Joan Mee.

Joan, of 12, Brewery Terrace, Wath, originates from Sheffield, instead of the shores of the Eastern Mediterranean and earns her shekels behind the counter at her husband’s painter ‘s and decorator’s business in Chapel Lane, Conisbrough.

She has been married to Mr David Mee for three years

“I never thought about it but when people told me, I looked in the mirror, and thought maybe I do look her a bit — but it’s a pity I cannot sing like her as well.,”

But Joan limits her talents to domestic work and to her hobby -painting country scenes.

Her feet are firmly on the ground, not on the boards.

What do you think ?