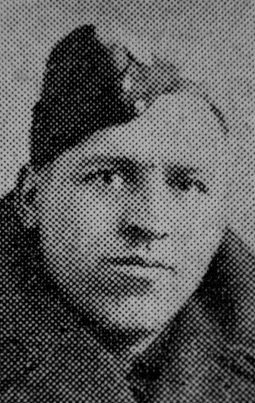 Lance-Corporal Edward Wilcox, of 37, Braithwell Street, Denaby Main, is upholding the family tradition and doing “his Bit” in this war, as his relatives did in the last.

His grandfather, (Mr J. Shutt) died from war wounds, his father (Mr. J. Wilcox) was killed in the Great War, his uncle (Lieut J. Shutt) who obtained a commission during the war, was also killed in action, and he had two other uncles (Messrs. F Shutt a machine gunner in the Great War, and E. Shutt, who served in England).

Lance-Corporal Wilcox is well-known in the locality, he was employed at Cadeby Colliery and enlisted Voluntarily in February, and is in the infantry.

Before an accident he sustained at the colliery he was a well-known athlete. Lance-corporal Wilcox is very interested in his work.

For the stories of his relatives follow this link: