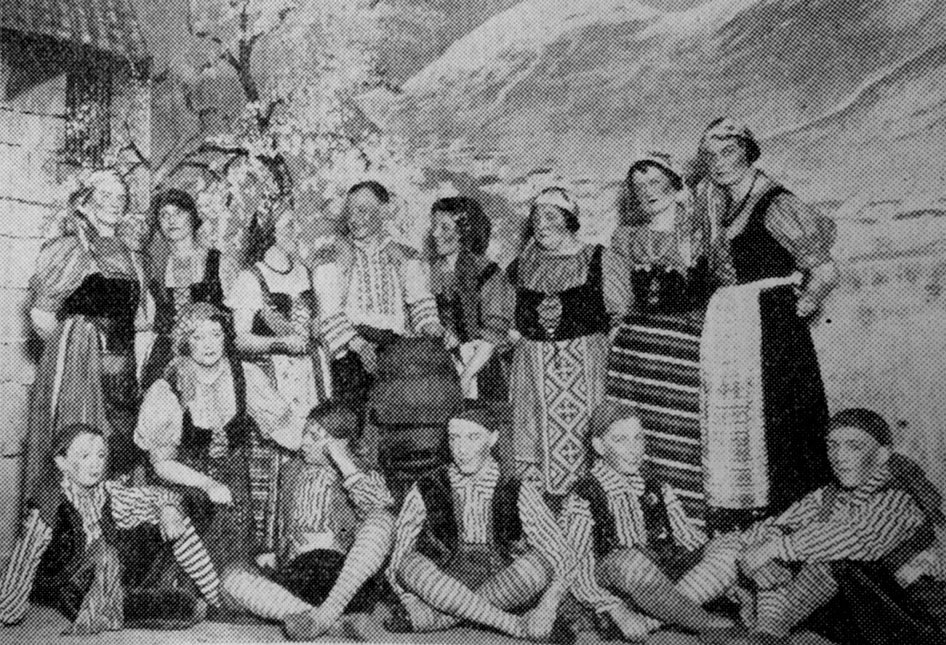 From the “Rebel Maid” to the modern musical comedy, “Wildflower”, with songs of the popular sort that errand boys whistles and hurdy-gurdles tinkle, is more than a step of that had adage, but this talented band of players have the versatility to go that far.

“Wildflower”, which they have performed in the church hall from the first four nights of the week, as words by the well-known American playwrights and lyrists, Otto Hardbach and Oscar Hammerstein 2nd, and music by Herbert Stothart and Vincent Youmans famous for the musical score of “Hit the deck” and “No, no Nanette”, the piece is of the same vintage as “Rose Mary”.
The tale is of a will . Where there’s a will there’s relations it goes. An old grandfather is a will maker, and he changes his mind in the making, and leaves all of his fortune to Nina, our wildflower. Nina has rather a temper and a clause in the well says that she must keep her temper for six months. And so we have 2 million Lira staked on a fiery nature, with a wiley lawyer scheming and intriguing for the benefit of Bianca, another granddaughter, who will inherit the fortune if the temper is lost. As is the way with such tales told to music, love triumphs, and there is a happy ending.

Without professional aid, except in the costuming, the society have aimed high with considerable achievement.

Sunny Italy is a setting for the broad comedy and catchy tunes on the story, which as is traditional in musical comedy is inconsequent.

My congratulations first, to the scenic artist, Mr Fred Hill, whose scene was to say the least, artistic. His blue sky and April blossom were beautifully done and added not a little to romantic effect. The gorgeous costuming blended well with this colourful background. Mr. J. E. Greathead carried out the duties of stage manager with his customary efficiency. The society were blessed with a very dutiful and efficient electrician in Mr Fred Williams, whose scheme of lighting was both elaborately and cleverly contrived. 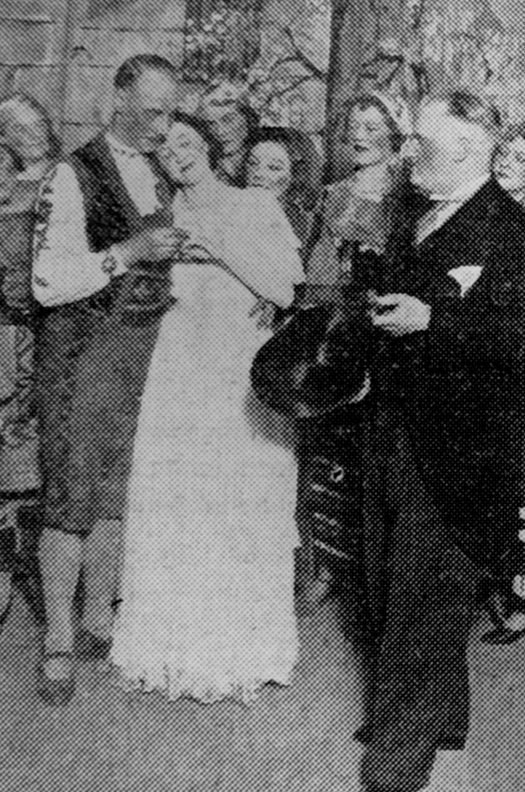 The comedy was well done, and the music had a pleasing treatment. The portrayal of the principal characters of the story was excellently affected. Chief of the comedians was Mr. Herbert Fowler, who had the air of a young man in love with love and springtime and the poesy he penned about both, to perfection, and at the same time conveyed an admirable impression of his dread of donkeys and unwanted wives. For careful and well considered acting Mr. Fowler’s was the performance of the evening. But he did not sing the part as well as he played it.

Mr. Norton Fowler, playing the lawyer and comic villain of the piece, was rather inclined to broaden the subtleties of the part, and incidentally missed one or two opportunities for rare fooling. The quality of his contribution to the acting, however, was on the whole good and at times very good, he certainly was the self-styled legal eagle. Mrs Dora Fowler as the flirtatious spouse of the lawyer played a delicious piece of comedy. This coquetry was very entertaining and all the impish charm and diverting roguishness demanded of Lucretia was were there.
A clever snatch of military fun came from Mr Clarence Croxall and Mr. George Starr, who made the very best of brief appearance.

Mrs Edna Urch, our Heroine, sang in voice that was rich and sweet and clear. Mrs Urrch first conveyed the impression of the fiery temperament very well, and when the Wildflower became the hot house bloom, the Peasant Miss, the society lady, cleverly impressed with the effort made to keep the temper. There was a good deal of natural grace and charm in this performance.

The part of Guido was rather an uncomfortable fit from Mr William Burton but his singing was such of robust and splendid quality that it was hardly noticed. His rich baritone rendering of “Wildflower” with the chorus and in the duet “When the April blossoms bloom” with Mrs Birch remains the most grateful memory of the presentation.

The air of the haughty Bianca was carried to splendid effect by Mrs. Edith Birch, who also made a very charming contribution to the singing of the piece. The fat and rather fatuous though mercenary suitor, was admirably played by Mr Tom Holmes, while the good Luigi was quietly and convincingly portrayed by Mr Arthur Shepherd. Miss Mary Lawton, as Nicolina, did her bit very well.
There was a delightful sweetness and blend about the singing of the small chorus. The small stage cramped their excellent style of dancing but they managed to squeeze one or two colour full and effective ensembles.

A speciality by Miss Edna Brook and Mr William Parkes was quietly executed Mrs A Shepard was mistress of the ballet.

The orchestra was a splendid combination which was always more helpful than assertive.

Operetta at Denaby – A bright performance