To Help Their Striking Mining Husbands 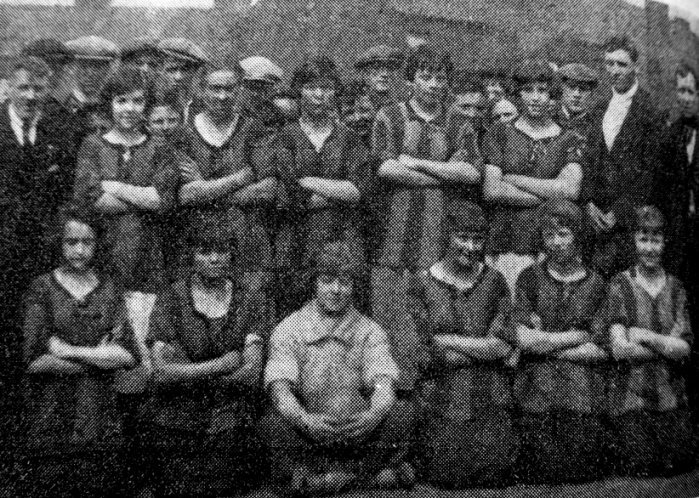 During the recent strike in the Yorkshire, Derbyshire and Nottinghamshire coalfields, the womenfolk  very soon did all in their            feminine power to get their ‘hubbies’ back at work …….

But the women took a different line of approach during the 1926 strike which paralysed the mining industry.

It was 68-years-old Mr. Joe Steele, of 16, Chambers Avenue’ Conanby, Conisbrough, Doncaster, who put us in the picture as to what just hapened then.

Said Joe, producing a picture of a women team formed in those days from the Reresby Arms, Denaby: “In those days the wives took a different view of the situation. Indeed, instead of trying to get their menfolk back down the mines they formed themselves into soccer teams — and played for pounds of sugar and quarter pounds of tea to help support their families.”

Pictured with the women are some of the ex-male players and club officials from the area.

Indeed one of their greatest supporters during the ‘strike games’ was Councillor Bob Shephard, now 85.

It was the recent strike which prompted Mr. Steele to bring the ‘breadwinning’ games in those days to our attention

Played through Rotherham Game with a Broken Arm (picture)