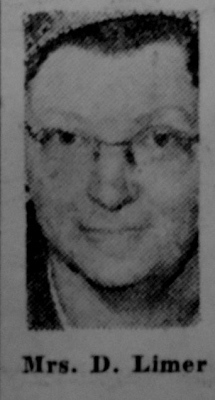 Mrs Doreen Limer, a Conisbrough councillor and an active figure in many local affairs, has been appointed a Justice of the Peace.

Mrs Limer (44), who lives in Daylands Avenue, Conisbrough, and is to be sworn in on Monday next, has served on Conisbrough Urban Council for four years.

She is also chairman of the Conisbrough High School Governing body, and the Child Welfare Clinic, and is a member of the Mexborough Divisional Education Executive, of which she was chairman last year.

Mrs Limer has been a member of the Labour Party about 10 years. She came from County Durham to Conisbrough 24 years ago.

Mrs Limer , who will serve on the West Riding Bench at Doncaster, was asked about her views on proposals to introduce special courses of instruction for magistrates, and told the “South Yorkshire Times” that she would be all in favour of such a scheme.