Mrs Wood, Wellgate, Conisbrough, received a letter this week from her husband, Private Fred Wood, who is at present stationed at the front. The letter states that he has gone back to the trenches, after being out three days for a rest.

“We have done well so far, having only one killed and seven wounded. I am safe so far, but it is hell upon Earth. The big gun and rifle firing is going on day and night.

The weather has been very fine we are short of nothing but cigs. We feel that we could fight them with our fists. It nearly sends one mad to hear constant firing.

Ask God to keep me safe, and that I may have a speedy return. Kiss my children and tell them I shall come home whenwe’ve beaten the Germans. Whilst writing, I am under very heavy firing.” 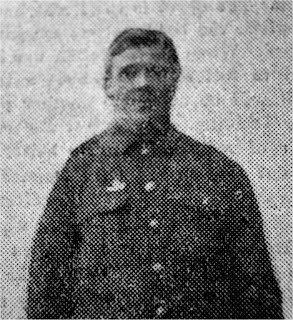