Mr and Mrs J Woodward, 106 Northcliffe road, have been notified that their son, Cpl E Woodward (Yorks), (picture, right) is a prisoner in Germany.

Another son Seaman J. Woodward (R.N.D.) (picture,left) has been a prisoner in Germany since the fall of Antwerp in 1914. In a letter to his wife he states that he has received a parcel from the Denaby and Conisbrough prisoners of war fund.

Two more sons private G Woodward and Sgt L Woodward, are serving in France, the former in a cyclist corps, and the latter on a headquarters staff.

A fifth son at present employed at the colliery, is about to join the Army. 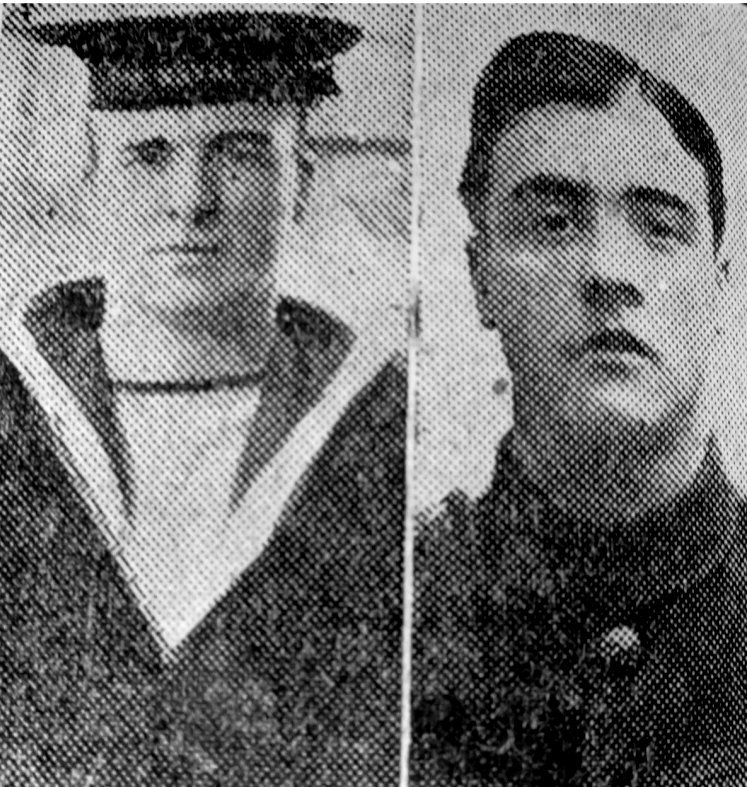