Worked Even Harder In Hospital 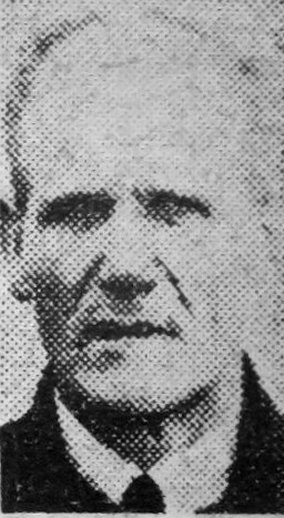 Mr. Michael Forbes, 61-year-old ex-Cadeby miner, of 10, Markham Avenue, Conisbrough, has spent his first Christmas and New Year at home for three years. He is just out of Pinderfields Hospital. Wakefield, where he has been receiving treatment for a tubercular hip for the last three years nearly.

While he has been in the hospital Mr. Forbes has made 27 home-made rugs. He used to make them before going to hospital, but a only perhaps one a year. Since he was compelled to lie on his back encased in plaster he has stepped up production a great deal.

One of the rugs, in two shades of blue, was recently accepted for the Lady Chapel at Wakefield Cathedral, where it has lain since—except for just one occasion.

That was when Mr. Forbes took a final sacrament before leaving the hospital. The rug was brought out of the Cathedral and was laid in the hospital chapel for the parting ceremony.

Besides that rug, Mr. Forbes has had one other accepted by a church. That was the first he ever made. It decorated Conisbrough St, Andrew’s Mission when it was first opened in 1929. At home, he has rugs in every room. One is over 20 years old, and still wearing extremely well. As Mr. Forbes says: ” They last a lifetime.”

Besides his rugs, Mr. Forbes has taken up some of his “occupational therapy” time in hospital in making purses, wallets and shopping bags. He has even woven scarves on loom.

Although Mr. Forbes’ disability is relieved, his hip is still weak, and he can walk only with crutches yet. Snow and ice have been keeping him inside since he arrived home, but once he begins to go out regularly he expects to be able to discard his crutches quite soon. And as he has still four years to work at Cadeby Colliery he is hoping to go back there.

One of the things he is determined to do, in the meantime, is to organise some sort of concert party to go back to Pinderfields. Entertainment is the one thing he missed there, he says, although a party did once go from Conisbrough. Any sort of “turn” will do, he says, and the patients would be grateful for it.