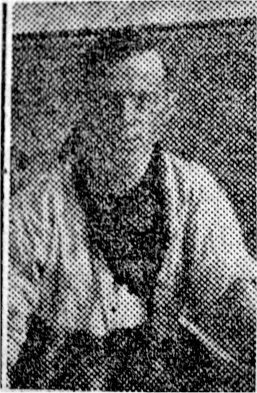 of Tickhill Street, Denaby Main has been awarded the Distinguished Conduct Medal and the Military Medal, and they had been presented to him by Ald JHemingshey,Major of Rotherham.

At the outbreak of war Gunner Wright was in South Africa, buthe atonce made his way to Southampton, where he joined the colours.

He took part in the attempted release of Antwerp. At the battle of Loos he was on two successive days running out wires and keeping up communication, for which service he was awarded the DCM.

Whilst bringing in, under heavy shellfire and rifle fire, a wounded bombardier, he was wounded in the head by a sniper. He received the military medal on the Somme fighting, runnning outlines of communicationthrough a heavy baggage and machine gun fire on July 1 and between July 3 and 14th 1916.

After serving two years and 91 days he was discharged in November 1916 physically unfit for further service. He was wounded at Mameby Wood, and an entry tohis discharge note was:

“He has been mentioned in dispatches for conspicuous brave very determination and fearlessness under enemy fire.”