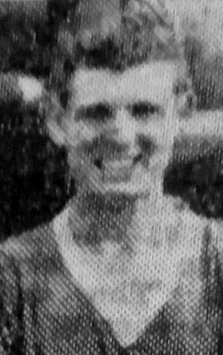 The reason is still a mystery, for George, of Edlington Street, Denaby, refuses to disclose why he turned down the offer, even to his parents.

“I could have fallen through the floor when he told me. It was a chance in a million.” George’s father told the “South Yorkshire Times” this week, he added: “He has given no explanation and I must admit I was disappointed.”

Gordon Clark, West Brom’s manager was to have signed him last week, but he could not make the journey to South Yorkshire owing to heavy commitments.

Said George: “I ‘phoned Mr. Clark and told him that I did not want to sign after all. I know I am throwing away a golden chance, but I have made up my mind. And I shall not alter my decision.

He added: “A lot of people think I am silly for doing this, but I have my own personal reasons. I just want to forget the whole thing,”

Several other clubs, Rotherham United and Gainsborough Trinity among them, have contacted George. “I told them I was not interested.”

George, a miner at Cadeby Colliery, has cracked in nine goals with the Old Boys this season. While he was at West Bromwich he scored two for the “A” team.

A keen footballer since he was “knee-high,” George played with Tom Hill Youth Club for several years, He has also been with Wolves Juniors and Midland League Club, Denaby United

Footnote: One local football administrator said: “George is one of the most, promising young players in this district. He is remarkably fast for his build and he has a very powerful shot. Get him out of the pit and a few month’s training would work wonders.”