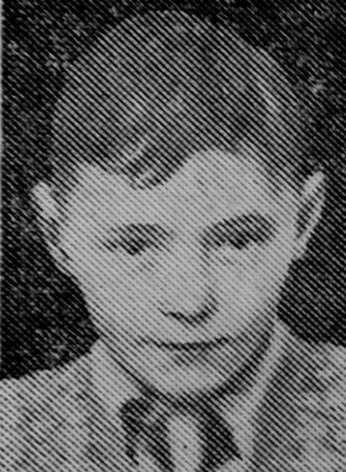 At 15, Arthur Beeson, of March Dene, Chapel Lane, Conisborough is an enthusiastic egg collector, He has 107  different varieties of birds eggs from a tiny thumbnail golden crested wren’s egg to the quaint pear-shaped cormorant egg. Showing his fine collection to a “Times” reporter this week, Arthur said that there was nothing in the hobby line to touch egg collecting in his estimation, not only because a good collection was a marketable proposition at any time, but because the collector spent a great deal of his time in the open air—especially when he wanted a certain egg, for his collection and had to tramp five miles for it.

Nest hunting out in the country brought one into touch with many little tragedies of the bird world which would otherwise be missed.

He was walking through the middle of a field in search of a skylark’s nest one day when he came upon a nest, but unfortunately something had been there before him

The nest had been brutally scattered, there was a litter of feathers, and the eggs had been broken. “A kestrel hawk had swooped down before I could get there,” Arthur explained.

The most difficult eggs to obtain, he mentioned, were seaside eggs .such as those of cormorants and guillemots.

Most of those birds perched on the cliffs high above the sea and their eggs were curiously shaped, so that if they rolled they would roll in a complete circle without falling off a flat ledge. Seamen often brought strange eggs back with them after a voyage to far away countries and 15 minutes’ chat with them was time well spent.

When Arthur has an abundance of a certain species and his friends do not want them he writes to correspondents in various parts of the country and asks them if they are    wanting eggs for their collection. In return Arthur receives an egg he previously had not possessed.

And so the exchanges go on.

Arthur told the “Times” that he had been interested in eggs ever since he was eight years old when he was given 12 eggs in a case. “After that I made a big case of my own and gradually added to my collection. Of course, the first thing a collector needs is a small drill and a blow pipe. The drill and the pipe `can be bought quite cheaply at most shops.”

Arthur produced a neat little book and showed how he kept a check on the eggs in his collection. He also keeps a diary of his exploits, and typical entries were: “10th June: Two skylarks in the middle of W. .s field. Ten partridges. Bad weather      has made birds late in nesting . . ”

Before the nesting season begins, Arthur and his keen friend and collector. Roy Brackenbury, plan out their campaign and make a list of eggs they would like to see in their collection before the end of the nesting season. “In this hobby,” said Arthur, “the greatest mistake you can make is to take too many eggs from one nest.”