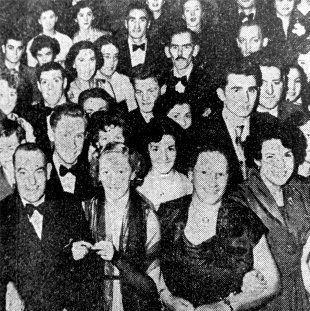 We begin the 1950’s, sixty years ago in January 1955
Overcrowding was an issue as people were arriving from all over the UK into a new NCB estate
The season was celebrated with pictures from the Youth Club, Child Welfare,
Women’s Club, Over 60’s and at the Annual Civic Dance
there’s prison for a Denaby man, thefts from the Church Arms box
and a man is accused of cutting the Pit Rope
The Council confirms its ban on Caravans
and asks for a meeting on interest rates
A new boxing star emerges and United transfer John Fallon to Jack Barker’s Derby County

and many thanks to Jack Beachill for helping with the transcription 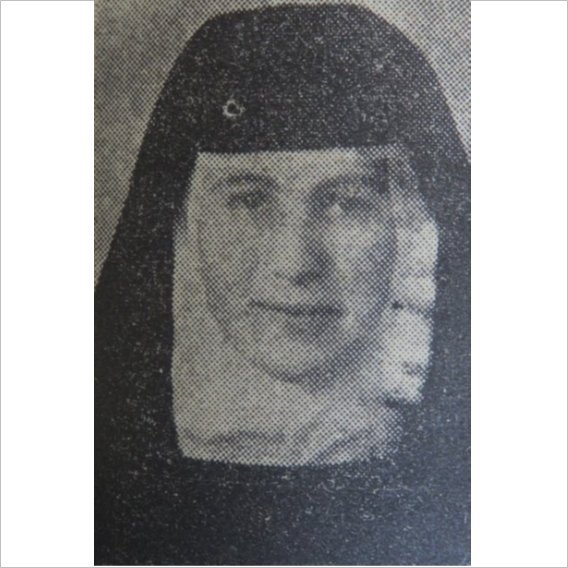 In February 1955 the Tom Hill youth Club were staging a pantomime
to popular acclaim, “Goody Two Shoes”
a Conisbrough woman was joining the Missionary Sisters of Africa in Uganda
There were school problems caused by the New Housing Estate and Children with head lice formed a “Tremendous List”
An elderly lady fractured her skull after a fatal fall and another was rescued from the icy waters of the canal
A Conisbrough Councillor becomes a School Head in Hayesand a Denaby Airman celebrates his 21st in Hong Kong
and there’s retirements, a wedding, the vicars parish review
United playing good stuff and more to read about 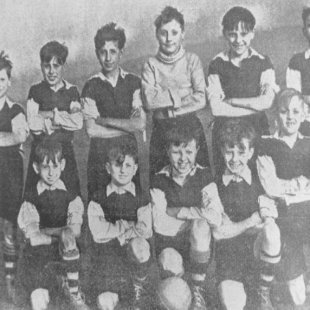 The main story from March 1955
was how a Conisbrough Deputy gave his life to save his mates and how the people of the Pit Village responded at the funeral
Then another miner falls out of bed, breaks his leg and dies, aggravated by mining diseases
The Denaby Operatic Society produces ‘Cinderella’ with critical acknowledgement
There’s stories and listings of Council houses tenancies
A Conisbrough woman who becomes a London Major and a farewell to the gallant leader of the W.V.S.
The Queen’s pigeon and a 3 shilling postal order to get it back to the palace
and a Conisbrough soldier who drives V.I.P.’s in Egypt
In sport we have football, cricket, boxing and badminton stories

and thanks to Jack Beachill for his help in transcription 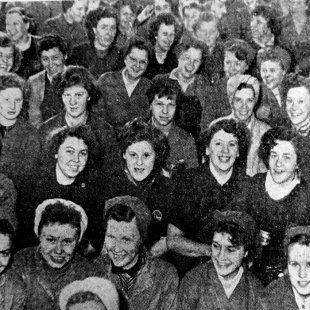 In April 1955 Worker’s Playtime came to Denaby’s Wesphalite Factory
and the Wesley Youth Club go on a 4 day visit to London
Football makes the headlines as Conisbrough Council take on Dearne Council
and Rossington Street School win the Supporter’s Cup
and Denaby Reserves the Montagu Cup
in front of a 4,000 crowd
An amazing blind lady is a prize knitter and baker
and Rev Troughton returns from California
There’s Easter eggs at Fullerton Hospital
Ivanhoe Cycling Club go on their Easter Tour
And the Strike Continues

and thanks to Elishia Beachill for her help in transcription 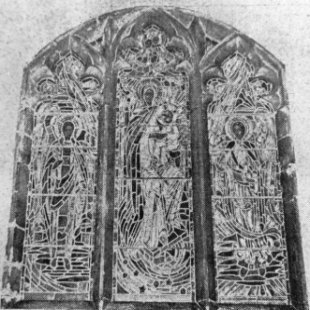 In May 1955 Conisbrough had Britain’s unluckiest Boxer
The ‘Old Folk’ were improving the new Windmill estate
Conisbrough S.J.A.B. were seeking new recruits and we have the May U.D.C. election results, May Queens are crowned at Old Denaby, Conisbrough and Denaby
and 2,000 young people visit Denaby Baths each week
A miner is hurt in Doncaster when a bus runs over his foot, the inquest at Stone Contractor’s death is adjourned
a man is found gassed and his death receives an open verdict, while a man with failing eyesight is imprisoned for attempted suicide,Strikers from Denaby Main Colliery form long queues at Wath Pavilion to collect National assistance
and a stained glass window is dedicated at Denaby Parish Church

and thanks to Renata Gorska for her help in transcription 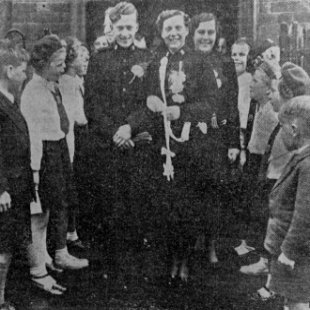 In June 1955 there’s another Pit Accident
and the Coroner expresses concern about care
The XL Crisp Factory announces an ambitious expansion
and the Council meet the N.C.B. (National Coal Board)
about some new Pit houses
There’s concern that a Dock strike could affect a Conisbrough Works
and we hear about an amazing Prize Winning Conisbrough Octogenarian
A Conisbrough seaman faces the threat of Prison for desertion
and United’s season and finances are poor
– but they have a great Spirit! 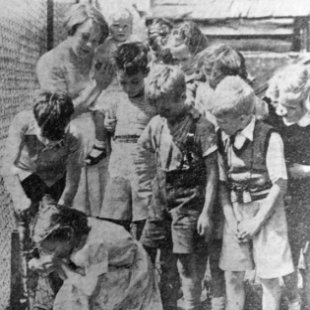 In July 1955 the Home Guard was still active
in Conisbrough & Denaby
There’s a strange accident at the Hill Top
as Pigs, Sheep and a Bullock escape into the Night and a Giant Centipede is found in a bunch of Bananas.
We can see the excellence of the Tom Hill Youth Centre as members
plan a trip to Berlin or engage in Football, Cricket, Swimming or P.E.
There’s a Posthumous award for the Brave Cadeby Deputy
and a mystery fall into the brickyard pond by a boy who didn’t get wet !
There are Sports Days and Garden Parties
and the Pupils who brighten up the School Garden
Denaby & Cadeby are in full swing
as United announce their new signings

and thanks to Elishia Beachill for her help in transcription 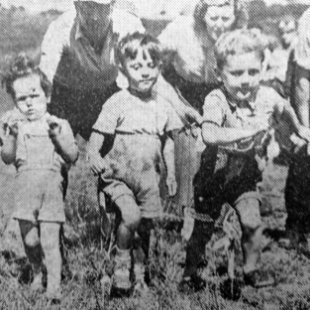 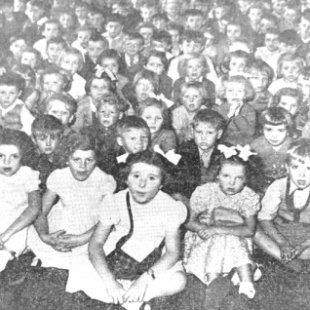 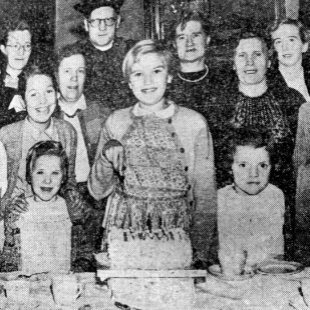 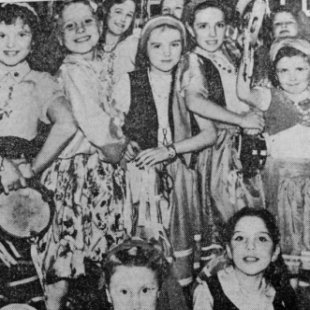 In November 1955, a man whose name lives on today Tom Hill, passed away at his residence whilst the Tom Hill Youth Centre’s football teams have a remarkable day scoring 36 goals between the three teams !
Another notable whose death was recorded the same month was John Henry Rawding, the Managing Director of George Booth and Sons Ltd, Sickle Manufacturers
A Headmaster is perturbed at the number of ‘unclean’ children whilst the ‘Younger End’ are doing well at Denaby
We have pictures of Awards for Angling, Bowls and Tennis and the Home Guard win at the Yorkshire Small Bore Association
There’s an Armistice parade and a new War Memorial Window in the Lady Chapel at Denaby All Saint’s
United fail to reach the First Round of the F.A. Cup but then feature in a 10 goal thriller with Mansfield Town 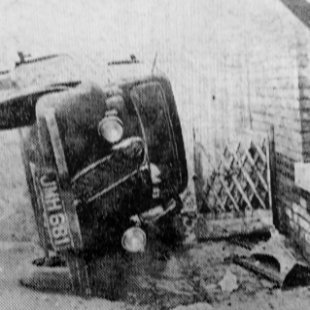 As 1955 drew to a close
December brought Fog and a car crashes into a Conisbrough garden and there are more accidents on Low Road and Sheffield Road
There was a posthumous award for the brave deputy who held up a stone, which crushed him while his colleagues scrambled to safety
There’s a new Chain of Office for the Council Chairman as Rates and Rents increase in Conisbrough
St Peter’s players are acclaimed for ‘Bed of Rose’s’ and a 15 year old Conisbrough lad is training at Newbury
You can see the Christmas Dance programme at Denaby Baths and hear of an Emigrant who plans to swop Coal for Uranium