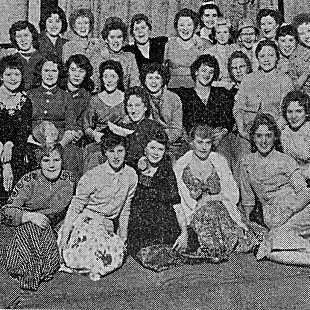 In January 1958 an accident at Cadeby Colliery saw a driver crushed to death by a Hopper
Westfalite celebrate 1.5 million accident free hour and the over sixties their 10th Anniversary
A faulty cable blacks out Conisbrough and stops the Trolley buses
Denaby Baths are struggling and cancelling events and there’s a go ahead for a beauty spot in Conisbrough is given
a CISWO grant helps the Tom Hill youth club and a 83 year old is struck by a taxi and killed
and United sink to the bottom of the Midland League 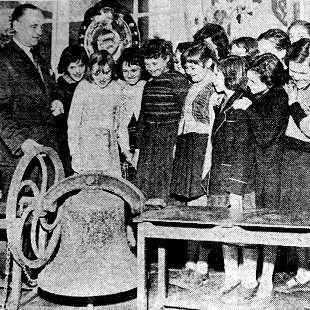 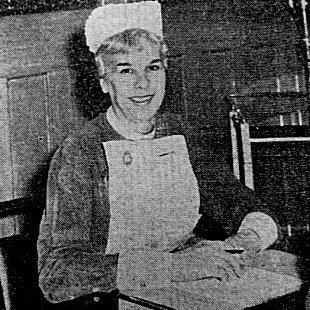 In March 1958 I.C.I. (Denaby) makes long service awards and waylay fears of redundancy
A Conisbrough schoolboy breaks a record in an inter school cross country event and local boxers compete in the N.C.B. A.B.A. championships
The Cadeby Miners grant a wages concession while a Gypsy ‘warning’ comes true for a Conisbrough woman
Theres an award for a former Conisbrough C.C. captain and a Royal Humane Society award for a brave 13 year old
There’s an Interesting House to be restored whilst a shop slum clearance creates controversy and the Churches Land sale is also in the news
United score 5 and concede 5 – twice ! and luck is against them when their leading scorer breaks a leg 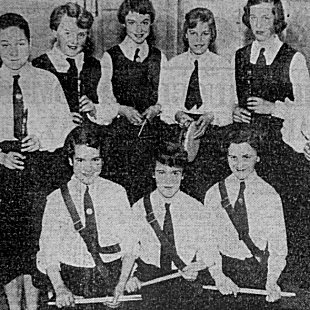 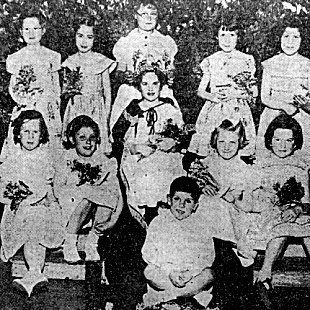 In May 1958 the School festivals were prevalent at Station Road, Old Denaby and the United Sunday Schools festival
St Albans held their Annual parade with over 1,000 taking part
The Northcliffe W.M.C. is in trouble, with 800 people present at it’s Housey Housey sessions, both playing and drinking !
A boy is injured while he is ‘bird nesting and a former Pit Manager passes away
A Conisbrough family with six children are evicted over rent arrears
and Denaby & Cadeby get off to an indifferent start 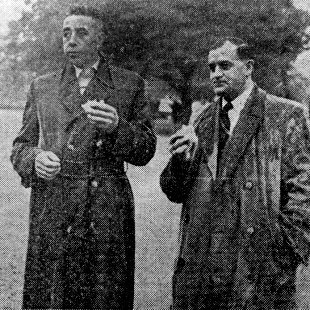 In June 1958 there is a sentimental journey for a couple and a flicked match causes a lot of damage at a farm
A family who live next to the Train Line still use an alarm clock to rouse them
We see the range of cars at Crossroads filling station and hear of Miners disputes and demonstration
Pictures of the Civic Procession and concern over Vandalism
there’s a concert at the Parish Church and the Salvation Army visit South Elmsall
And we have cricket, cycling and Archery ! 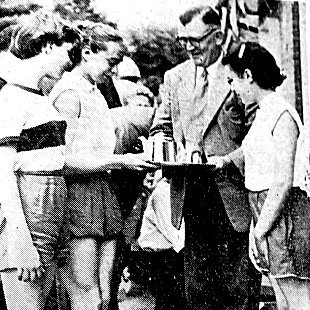 In July 1958 there’s the story of a three year old who went for a ride on a bus and 2 missing Conisbrough boys who  were found at Cleethorpes
Denaby Main gives redundancy notices as the two Pits workings combine and a long era ends as the Sickle works changes hands
There are Conisbrough voices in an Albert Hall choir and the Lord Conyers Darts teams make the headlines
Conisbrough and Denaby Schools have a Arts and Crafts exhibition and so do Northcliffe Girls – and a swimming gala
There’s high drama as South Yorkshire turns into Lakeland, with dramatic rescues, floods, a loose Ferryboat and stranded cattle
Denaby Welfare hold their Sports day and United train for the new season. 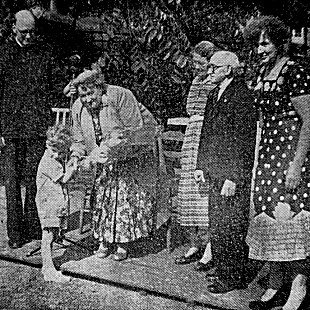 Over 40 articles from August 1958 remind us of our younger days
When 14 men saved a cow from the River Don and an Irishman was found dead in an allotment hut and a Denaby man died after drinking till 4 a.m.
When the Empress had a “Dream girl” contest and Weddings were numerous
When young people held jumble sales for charity and the N.C.B. helped miners with Redundancy and the Gas Board dug holes to test for leaks
When everyone stopped at a garden party to find a contact lens
The Eagle and Child held a fancy dress and the Fox Inn drinkers drank “Beer by the Yard”
When Conisbrough Pigeon Cotes were raided and a Denaby woman was summoned for violent language
Denaby & Cadeby had victories over Mexborough, Cortonwood and Elsecar and United held practice matches with team photos
When schools held swimming galas and Ivanhoe cyclists did a 600 miles tour on the continent ! 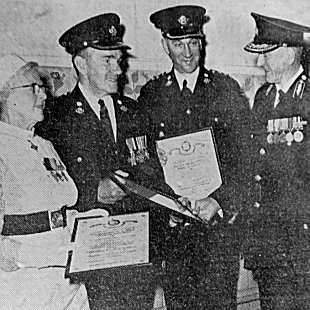 In September 1958 there was sad news for a Conisbrough Councilor, whose only son was killed in a car crash
The Conisbrough firemen were busy with Haystack and chicken hut ablaze
A Denaby Man’s homing pigeon is found dead by a Holland boy
An advertisement carries the Hoover sites in the Don and Dearne Valley
Mormons are searching for local ancestors in Conisbrough
A Conisbrough miner is remanded in custody after his friend was killed with a shot gun
We feature a dozen weddings during the month
A large concourse of people witnessed the funeral of a Saint John ambulance stalwart
and there’s a comedy football match between walking men and running women 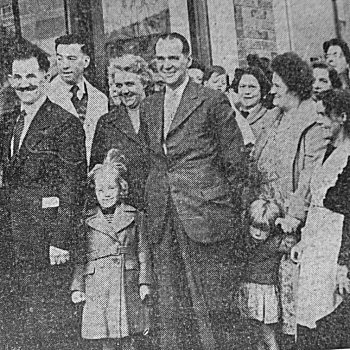 in October 1958 a four-year-old is fatally burned after a puppy knocks her down
The Co Op opens a new self-service Store in Chestnut Grove and the vicar says that Conisbrough has a “moth eaten” look, as the landlords are threatened to be charged by the Council for repairs
There is a harvest festival at the Baptist Church and a visit to the Wedgwood factory
The Fox Inn are organising a Hoola-Loop competition and 50 boys and masters at Northcliffe are planning to take a barge through the waterways of Holland
A Conisbrough man is to be sent for trial accused of the manslaughter of his friend
There is wanton damage at Denaby and a death and transfer requests provide a black week for United
And we have pictures from the Denaby and Cadeby Colliery Boxing Club 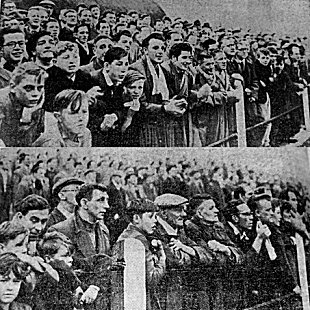 In November 1958 the Co-op divvy remained unchanged at 7 1/2% as the Co-op extended their Furnishing Department
There were awards for drivers at the Westalite Factory and the Home Coal Carting Committee
We have a picture of the impressive New Floodlights at Cadeby Colliery
There were Christmas Bazaars at the church and Methodist
A sale of work at the Salvation Army, Crosses at the Garden of Remembrance and the Conisbrough Flower Show
United reach the first round of the FA Cup and Oldham Athletic visit Tickhill Square 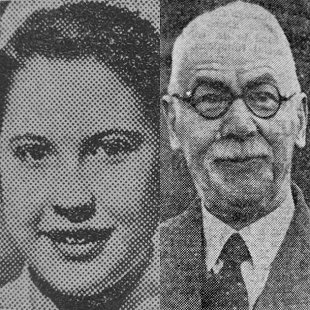