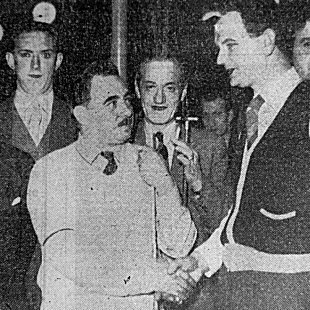 In January 1959 we are told how a 14-year-old boy whose toe was stepped on suffers a swift death through blood poisoning
A Denaby man returns from Australia disillusioned through his treatment and another Denaby man trains for Missile Defence
There are plans for up to 300 mental patients at a new £300,000 hospital, although building may not commence before the 1960s
The Denaby Operatic Society are presenting “Dick Whittington” with pictures of the cast and principals
We also feature pictures of the Fullerton Hospital annual party, Conisbrough Civic Ball and Denaby and Cadeby children’s New Year’s Eve party
Denaby United Supporters raise a massive £1000 in 16 weeks and there’s League interest one of their forwards 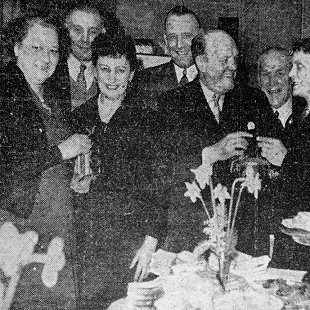 In February 1959 another miner met his death at Cadeby Colliery after being hit by a skip
and a road accident precedes the death of the head of a Conisbrough firm of confectioners
Northcliffe school are having problems with hot water for the showers
A blackout delays the pantomime at Tom Hill Youth Centre, which also holds a inter youth club competition
A Conisbrough couple celebrate their Golden wedding and  it’s the 21st anniversary of the R.O.A.B. Lodge at Conisbrough
The landlords of the Star Hotel are leaving and we have a photo from Conisbrough Cricket Club’s annual dinner 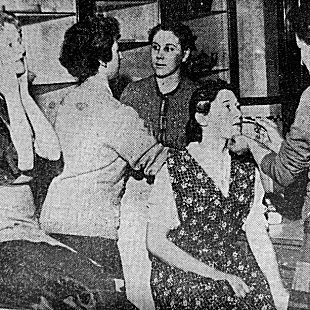 in March 1959 there was a fire in Firbeck Street and Denaby United won their first league game for five months!
Conisbrough Northcliffe won the Don and Dearne cross-country championship and the Angling Association make their awards
A local Government Pioneer passes away and two Conisbrough men meet in Singapore
Tom Hill produce “The Price of Coal” and Weddings abound 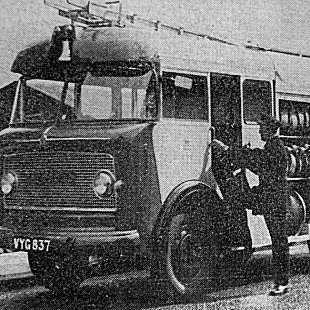 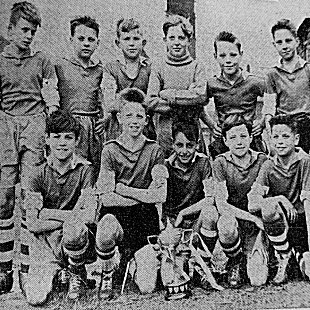 In May 1959 a 13 year old rescued a toddler from canal – by his hair !
there are interesting local accident statistics
and awards to the Home Coal Carting Committee
A Conisbrough hairdresser leaves £18,000 in his estate
We have pictures of the Whit procession and ceremony and Morley Place, Junior football team
Northcliffe girls school hold their sports day
Rossington Street and Morley Place school teams are in the Denaby United supporters cup final
and the Station Road badminton club are champions 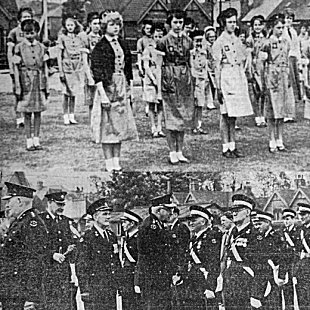 In June 1959 the printings dispute was about to strike and there are Rose Queen and girls friendly Society events at Conisbrough Parish Church
The Denaby Corps of the S.J.A.B. were inspected and Northcliffe boys are on holiday in Holland
Don and Dearne interschool sports were held at Denaby and Conisbrough St Peter’s players present “the Shop at Sly Corner”
The second annual Road Race of Conisbrough Ivanhoe is held and Dick Lawley takes nine for 23 against Rockingham 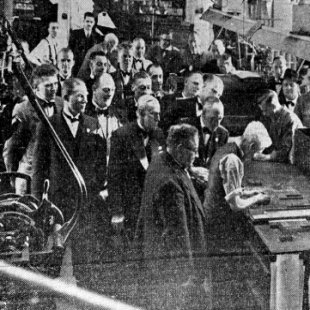 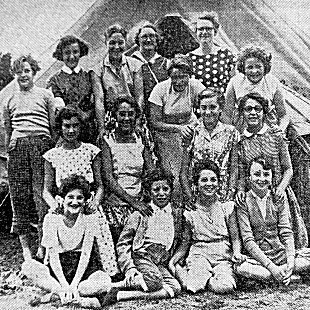 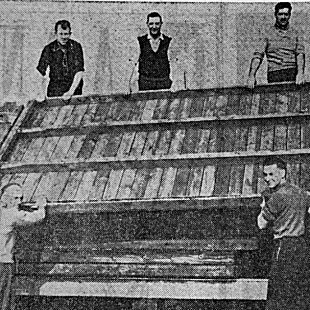 In September 1959 a miner dies after three falls of coal and the council launch a local appeal after a Scottish Pit Disaster
the Tom Hill Youth Club leader is leaving for Sussex after successful eight years at Denaby
A prefabricated building is being erected for the Ellershaw youth centre
The veteran domino players hold their challenge match at Barnburgh
Two Denaby brothers are fined after assaulting the police and a miner is bound over after an attempted suicide
There’s the usual proliferation of weddings with news of a Denaby man marrying in New Zealand and we find out why the Reresby Arms is called the ‘pig.’ 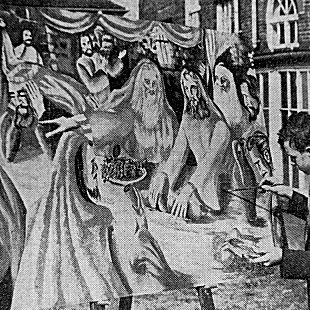 In October 1959 the threat of large-scale redundancies at Denaby and Cadeby looked to have eased
The Denaby Co-op hold their annual dinner and dance and there’s an exhibition of Arts and Crafts at the Lord Conyers
There are many presentations to the exiting youth Leader at Tom Hill and a Denaby soldier will be near his sister in Germany
A 14 year old paints a mural of the “last supper” and a 12 year old is a model in a Doncaster Fashion Parade
There’s an autumn fair at Denaby Parish Church and a S. J.A.B. Jubilee
Milk Bottles are rolling down a Denaby Street, we have a picture of the old Denaby Ferry in 1910 and Gladstone Guest joins United 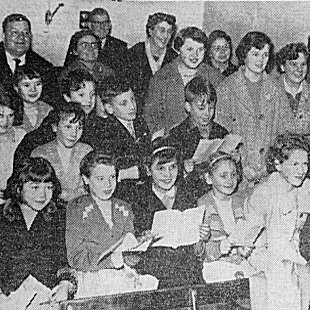