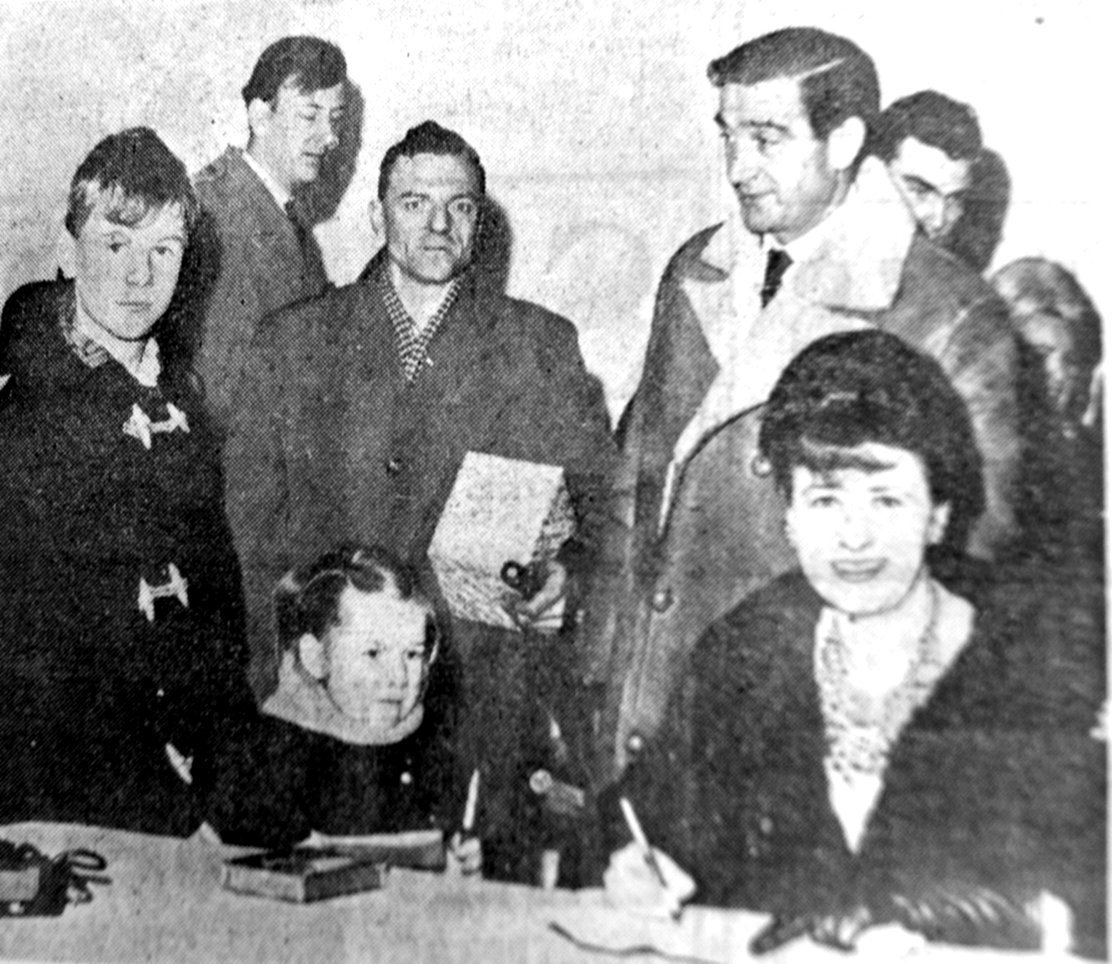 The Conisbrough Total Garage was opened by Pat Phoenix,
‘Elsie Tanner’, of Coronation Street.
The service level they offered customers was also impressive.
Wesphalite confirmed the closure of the ‘Powder Works’ at Denaby.
Denaby United, with Harry Hough as player manager
sat the month out because of snow and ice.
You can find out what was on at the ‘Ivanhoe’ and ‘Northcliffe’ and ‘Majestic’.
Then there’s the story of Theresa’s trousers !
And there were Weddings and Birthdays to remember.
more 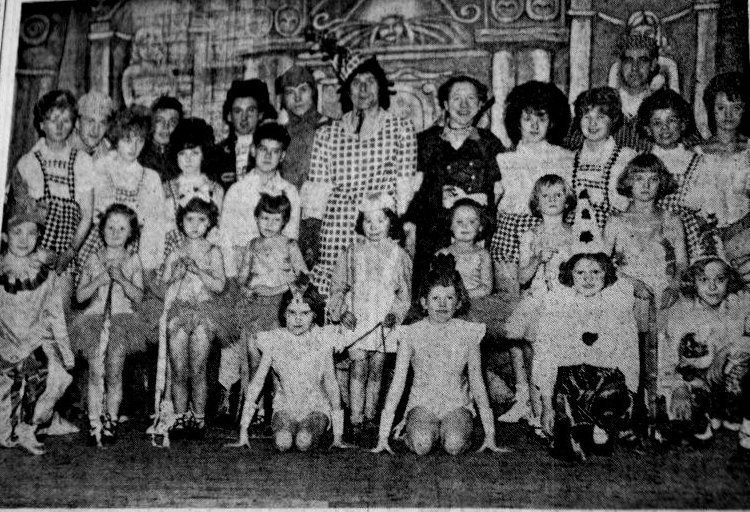 The Elm Green School of Dance and the Tom Hill Youth Club held a ‘gay’ pantomine,
Some Conisbrough boys were hoping for an Icelandic trip.
Denaby United at last play a match after a month of snow and ice,
Conisbrough Cricket Club make their awards
and skiers are spotted on the Conisbrough slopes
We join the Northcliffe speech day, the Denaby Policeman’s Ball
and the Co op Dinner and Dance and there’s more weddings
with a Conisbrough Postman creating attention.
more 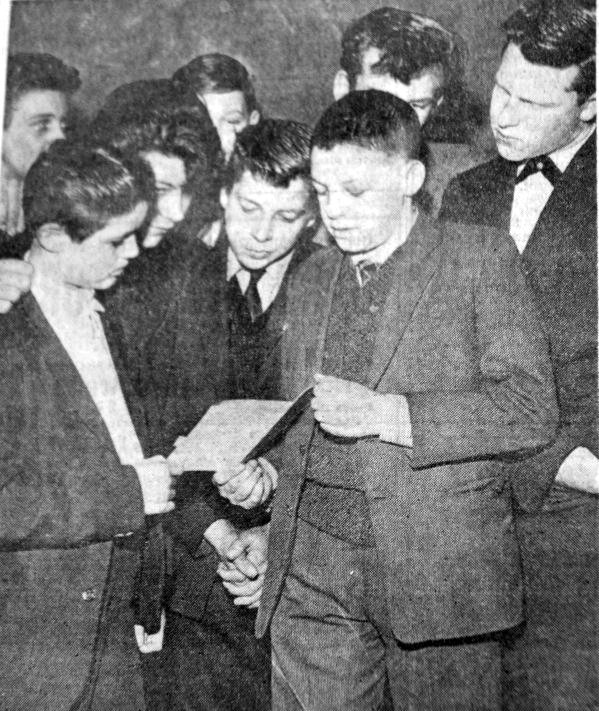 A Conisbrough Greengrocer has a fatal fall on the ice behind the Fox Inn.
Denaby United begin playing again –
beat the top of the League
and then lose to the bottom team!
Conisbrough Cricket Club plan a new pavilion
and Boxing tournaments are held in Denaby and Conisbrough.
We receive news of Arthur Ellis from Wales
and there’s Staff Shortages at Balby Street School
Denaby Main goes on strike
and 17 weddings take place in Conisbrough and Denaby
more 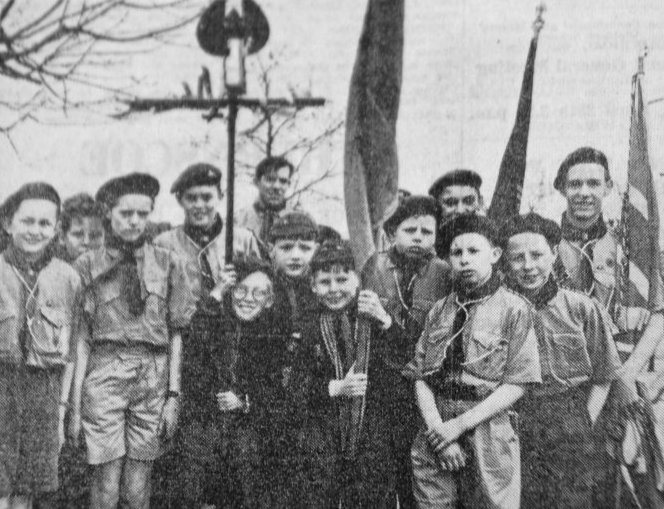 Denaby United had a good month, remaining unbeaten in the Midland League.
A good home is sought for a 2000 Post Card collection
and Val Tino is on at the Welfare.
The Brandreth family make the Swimming headlines,
and British Juvenile Ballroom winners come from the area
more 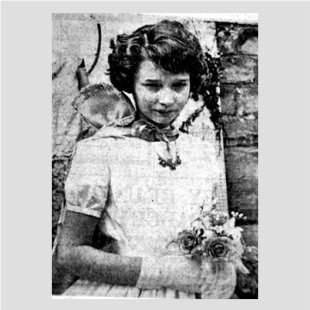 Stories had an international flavour as a Conisbrough soldier joins the Camel Corps,
a Denaby Jockey is ‘big’ at the Rutgers Campus
and a Conisbrough man’s pianoforte talents take him to Paris.
We hear the Progress on the Denaby Main re housing project
and the May Queen celebrations at St Albans
Denaby United finish their season belatedly and St John’s Ambulance need more recruits.
more 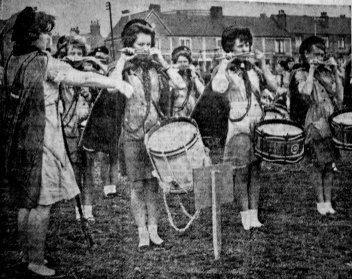 Conisbrough and Denaby were celebrating Whitsuntide
with Whit Walks and Processions
A Denaby Jockey beats Scobie Breasley
and Denaby United ask for more vital support
We hear about a Denaby Man who is First Citizen at Swadlincote
and a Conisbrough man is about to journey 3,000 miles across Australia
We can see Photos of May Queens, Cubs and S.J.A.B. Cadets
and the Head Horsekeeper at Cadeby Main.
more 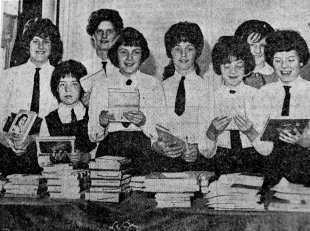 Conisbrough Schools were holding their swimming Gala
Denaby were debating whether they wanted another Tip,
dangerous junctions and where the Major Road was
We can see Mr Conisbrough at the Eagle,
Northcliffe Girl Prizewinners
and the Retirement of the longest serving Licensee
Conisbrough needed more shops and made an ‘Oil Strike’
and Denaby & Cadeby C C were top of the South Riding League
more 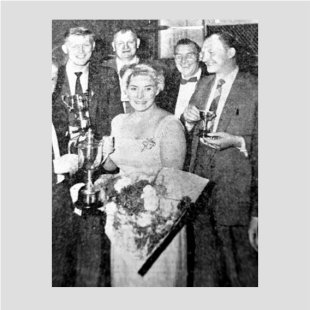 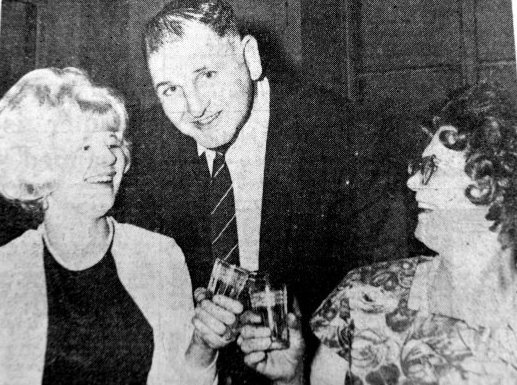 We take a look at Denaby United as the new season starts with Results and fixtures
Northcliffe High School takes shape and quickly need more room for their 1,000 pupils
The Powder Works Girls may be offered jobs in Terry’s chocolate factory in York
A young girl goes missing
and there’s a tragic accident involving an Ice Cream Van
OAP’s with Cine Cameras are sought and there’s a presentation to Queen’s Guides
more 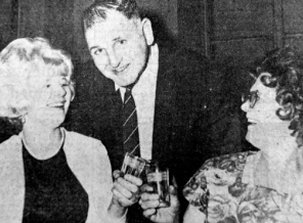 The most touching story of October was as Barbara Deakin,
an occupant since a baby, leaves the Fullerton Hospital
A T.V. All star team is to visit Denaby
whilst Denaby United’s season takes a down turn
The new Morley Place Headmaster is a Sports Instructor
and a former jocky revisits his roots
A Miner dies after being hit by a car
and a father is desperate for news of his 16 year old daughter
more 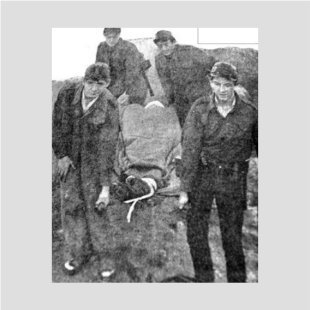 In November Cadeby Colliery claimed another victim in an underground collision
Denaby Main workers were on a ‘go-slow’ despite rumours of pit closure
A betting shop appeal against a Council decision
reveals there were 8 betting shops in Denaby!
We visit a Civil Defence exercise on Conisbrough Crags
and see what’s on at the Ivanhoe and Alma
Denaby C.C. receive awards for a successful season
while Denaby United sink to the bottom of the Midland League
and the Ellershaw boxing club boasts some of Yorkshire’s best
The Bishop of Sheffield addresses a packed house at the Parish Church
There’s toilet problems at the Ivanhoe School
and we receive news of the popular patient, Barbara Deakin
more 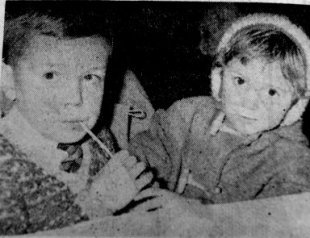 As 1963 draws to a close the Conisbrough Crisp Company installs a new machine
A Conisbrough newsboy is awarded ‘Newsboy of the Year
In the middle of Beatlemania,
Ellershaw Youth club have 32 of their concert tickets spare!
There’s anxiety as the brother of a local man goes missing on the ‘Lakonia’
The ‘new’ Tom Hill youth club comes into being
and a Denaby Youngster signs for Derby County
United have a miserable month
but there’s cheer as we visit Christmas Parties at the ‘Drum’,
the retired miners at the Welfare
and the Ellershaw Estate Children’s party
more