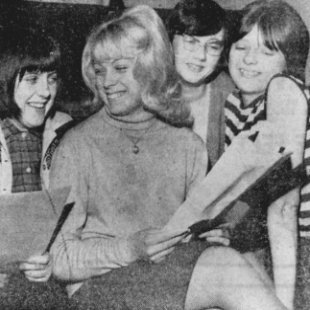 As 1966 begins we read the story of an 8 year old seriously injured in a Denaby fairground accident
A Conisbrough Youth Club leader meets a sudden death
We read the history of the Annerley Street Institute, the oldest club in Denaby
The Government are pressing for Smokeless zones in Conisbrough and Denaby
We see pictures of the Tom Hill Youth Club members practising for “The Beggar Prince”
and a nativity play at Denaby St Albans
The Young people in Conisbrough help the old people have a bumper Christmas
and United’s Kiveton Park fixture sees fans on the pitch and threats to official at Tickhill square 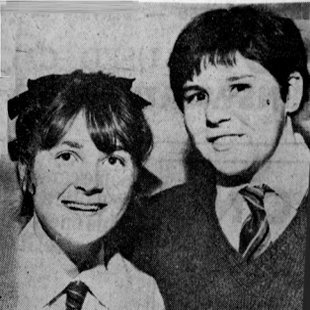 In February 1966, the “South Yorkshire Times” featured the shops in Conisbrough and Denaby
See how they compare with the shops there today
Tom Hill ran another successful pantomime, “The Beggar Prince,” and members went down Cadeby Main
Northcliffe High School held their speech day and the Headmaster pleas for urgent action, as the school is about to become ‘ Comprehensive’
and United have another good month, including a 9-0 win over Ossett Town In March 1966 there’s another horrific colliery death as a body is found crushed near a coal cutting machine
there’s a fatality as a bus goes past the bus stop and a man steps out on a unlit road
Pubs are collecting in aid of the Silverwood Colliery disaster
there’s historic evidence that Conisbrough could have been a rival to Town Moor
and Joe Joyce and enhances his reputation by retaining his North Eastern Counties title
and despite their performance in the Yorkshire League , United are considering a return to the Midland League 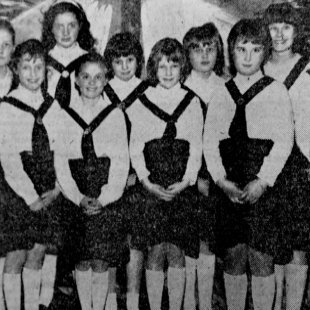 In April 1966 three U.F.O.’s are seen over Conanby and a Conisbrough man dies while piloting a plane
The theatre is prominent with shows by the Baptist Church, Tom Hill Youth Club and the Girls Friendly Society
We take a nostalgic look at Denaby United in 1908, Denaby Albion in 1918 and Conisbrough Victoria in the 1920’s
There are Easter Bonnet Parades in Denaby, a new Vicar at Denaby inducted and a presentation to Dr Bell
more stories and pictures of 17 weddings! 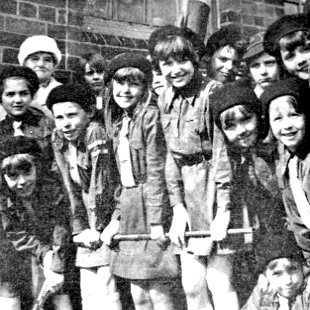 In May 1966 local children were Ball boys at Wembley as the country got excited over the World Cup Finals,
A young man signs for Sheffield United and a 12-year-old cycles 65 miles, after making his own breakfast, his parents a cup of tea and going to church !
A Conisbrough man on the day he’s put on probation goes on the rampage assaulting five people, including a 73-year-old man, a landlady and a bus conductor at the ‘Drum’and Reresby hotel !
Teachers remeasure Conisborough Castle and there’s parades, Sunday school Queens and awards for Denaby ambulance workers
More photos and stories 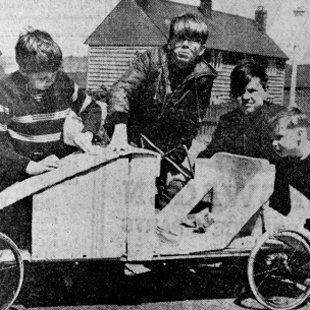 June 1966 saw reports of various parades and events
Competitors and Spectators from the 7th Whit Walk, the 37th Whitsuntide Festival, a Civic Sunday, a Youth Council Soap Box Derby and the Parish Church holds a Fayre
Two missing children are found after their ‘escape’ from the house in the early hours of the morning
Hot ashes almost cause an explosion at the dump,
and a Conisbrough schoolteacher dies on holiday in the Lake District
while United are rejected again by the Midland league 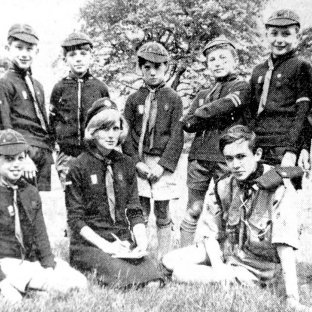 In July 1966 Conisbrough and Denaby welcomed a German Youth Party then treat them to a Civic Reception and a crawl to the Coal Face !
A new Supermarket, Gower and Burgon’s opens in Church Street and there’s a “Near Riot” outside the Denaby Main Hotel
There’s news of Industrialised houses at Denaby and a hit and run fatality in Conisbrough and Doncaster Road is to be a ‘No waiting’ zone
Two Northcliffe boys design a Altar Rail for Sprotborough Church and another builds a Concrete statue in the School grounds
and we’ve picture of Guides, Cubs and Rangers, the Morley Place Sports, Birthdays, Anniversaries and Weddings 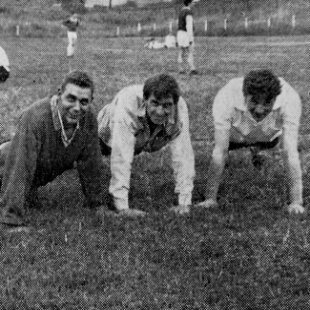 In August 1966 there’s news of a Conisbrough man with a nightclub in Tangier
and of the plans for a new Wellgate, with the old as a Centre piece
There’s a New Library planned for Conisbrough and a Bravery award for an ex Denaby Resident
The Flying Saucer story surfaces again and the same young Collier has a record school attendance
Five flee from a fire in Old Road and the Conisbrough Cycle maker passes away
We’ve pictures of the Church Garden Party, the Denaby & Cadeby Sports,
the Angling Section Awards, and United in Training 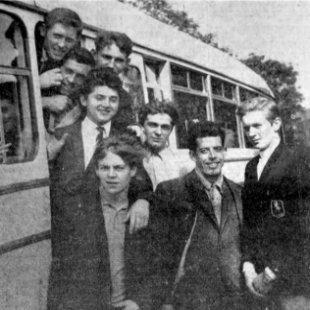 September 1966 was a sporty month
As both Conisbrough Junior C.C.
and Denaby United were excelling themselves
as Mexborough were well beaten at Hampden Road
and the youngsters easily beat The Rest of the League
Tommy Joyce is chosen to represent Scotland and Conisbrough swimmers are in the Yorkshire Championships
On our international front
Tom Hill youths set off for Germany
New Zealand Denabyites make contact
and Conisbrough Castle is known in Japan! 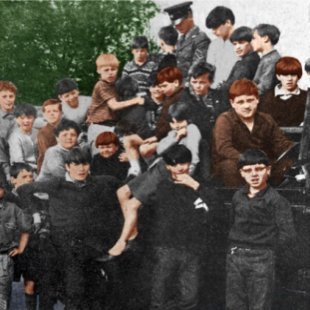 In October 1966 changes in education were prominent, with students at Northcliffe returning to do evening homework, being taught Maths without tears and entering both GCE and CSE exams
There’s reminiscence of the past as the Hokey Pokey and Flycatchers are remembered and the tale of the Serpent’s Well is retold
The KOYLI are under ‘attack’ at Denaby and late callers raise suspicion at Conisborough
Michael Prendergast signs for the ‘Owls’
and Tommy Joyce is hailed as the new Dick McTaggert
We include pictures of 23 weddings at Conisbrough and Denaby so there should be 23 golden weddings celebrated this month !
Denaby and Cadeby are in recruitment for new players
and United are going from strength to strength with three wins out of 4 and a ‘double’ over Bradford City Reserves 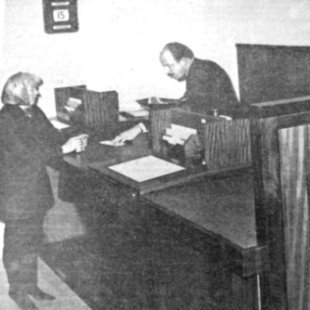 In November 1966 the Midland Bank opened new premises on the site of the former Globe picture house
Plans to integrate Denaby and Cadeby pits are announced, While Cadeby are on strike because of a national agreement
The Community centre celebrate their first year with acclaim
A sergeant wins a Mini car in Cyprus and a Denaby air hostess wins a beauty contest
The Bayonet is returned to the War Memorial in time for Armistice day
Northcliffe teachers are trying golf and mini motor racing
And flashing lights are installed at Denaby crossing while better lighting is demanded on Sheffield Road
A young boxer issues a challenge to all comers and United record 2 good victories in the month 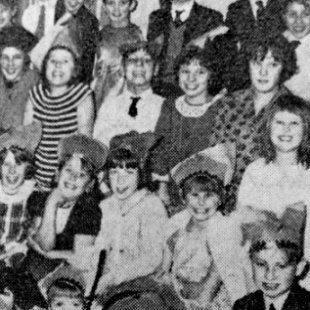 There was a sporting theme to December 1966
as Tommy Joyce fought the great Jim McCourt for Scotland against Ireland
and Tom Hill were victors in a basketball tournament
There’s the remarkable story of the Children who lived in the Lock House and got to school by Canal, River and over Railway lines
News of a Prize winning novel and some remarkable crepe flowers
There’s a few Christmas Parties and a good crop of Weddings

and United’s usual ups and downs !