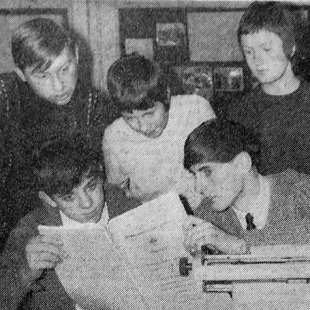 In January 1969 the “Times” featured people who didn’t have an ordinary Christmas and there’s pictures of Christmas and New Year’s Eve parties
Student from Northcliffe visit the “Times” printing works and there was a South Yorkshire Industrial Review
Morley Place Junior School Orchestra were to be on  BBC TV with their Creative Music Group providing further encouragement
A U.S.A. visitor thinks England is a paradise after staying at Conisbrough
A girl at an handyman shop is compared to Esther Ofarim
There are weddings and Silver Wedding and an indifferent start for United 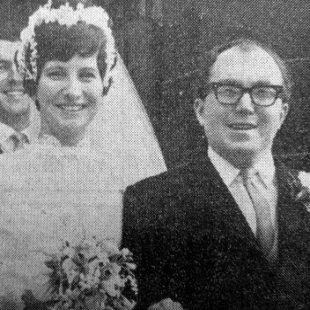 Denaby family is a ‘League of Nations’ in February 1969
The licensees at the Red Lion hotel celebrate their Silver wedding and a young man from Conisbrough is entering the British Junior Dance Championships
There is a full review of shopping in Conisbrough and Denaby, featuring chemists and photographers, radio and TV shops, Washeteria, Pubs, Hairdressers, painters and decorators and Undertakers amongst others
The Council’s proposed improvement meet a mixed reaction
Northcliffe High School hold their Speech Day
Conisbrough Cricket Club have their dinner and dance and a Burcroft man retires after 43 ½ years at Steetley 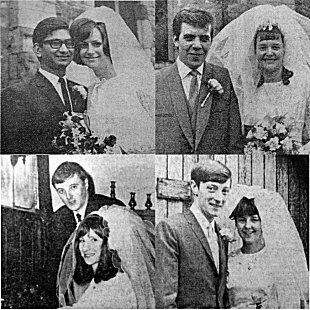 in March 1969 a former Conisbrough woman gets good reviews with a leading role in “The Mousetrap” in America
Denaby youths are presented with Royal Humane Society awards
Tom Hill are at the Mexborough Youth Drama
“Boom Bang a Bang” sang by Lulu in the Eurovision final is by former Conisbrough residents
Conisbrough Guides present a play at Mexborough Civic Hall
Two under 12 local teams are finalists in Rawmarsh 5 a side competition
16,000 haggises a week are being made in Conisbrough and there are retirements at the Colliery
There’s a public outcry against a arcade in Conisbrough centre and the Windmill estate claims to be a forgotten city
and there’s the usual proliferation of weddings ! 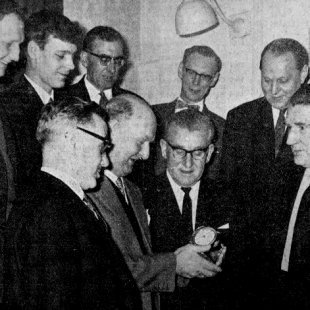 In April 1969 a Conisbrough man jumped into the canal to rescue a 11 year old girl
poetry by a 12-year-old pupil at Northcliffe attract Granada television’s attention
Budget proposal hit the XL Crisp Factory at Conisbrough
A golf course plan at Crookhill Hall Hospital is approved
Station Road School has massive overflow problem
A crazy mobile is on view at Balby St, Junior school Denaby
Harold Sapey is Denaby’s new manager
The darts players take on the archers at Castle W.M.C and Mike Prendergast gets rave reviews after his Sheffield Wednesday debut 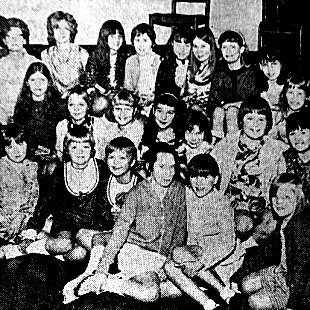 In May 1969 a new vicar, Mr Reg Davies and his family arrive at Denaby Parish Church,
Tony Christie from Conisbrough is on the Des O’Conor show and there’s a top local marksman in the Parachute Regiment
Weddings proliferate and we feature 13 of them
St Alban’s hold their May procession and children from the school visit London
The Girl’s friendly society attend a rally and a Clean Up operation is underway
United’s hopes of the League Title disappear as they lose both games over the weekend 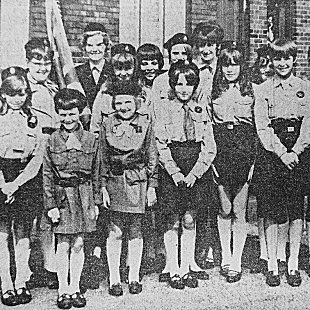 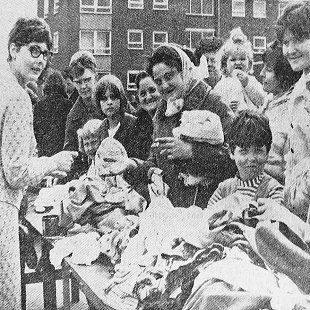 In July 1969 a Conisborough girl set a National Javelin Record and a 10 year old reached the final Yorkshire swimming championship
The wedding of a local man was removed from Uist to Inverness because the only hotel on the island was fully booked
Conisbrough Urban Council elect the youngest Councillor, as the Citizens Association gain representation
Conisbrough’s XL Crisp Company are selling to the Virgin islands and the town is now the “the haggis capital of the world”
Local events include the G.F.S. Rose Queen, Denaby baths swimming Gala, Ivanhoe School fair and Northcliffe sports
There’s the usual flurry of weddings (10 featured this month) and Conisbrough Cricket Club plan to celebrate 100 years 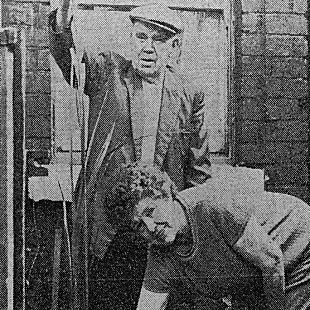 In August 1969 Denaby were awaiting release of “Women in Love” filmed in the village 12 months earlier
Three members of the Denaby and Cadeby athletic club are representing Yorkshire in the NCB all England sports
Denaby United were inviting new recruits and we include a team photograph
Doncaster Road Service Station have installed a fully automatic car wash and there’s a Backyard Giant in Firbeck Street
A 86 year old, former Conisbrough undertaker holidays in the Arctic Circle and There’s a Meals on Wheels and Saint Albans garden parties
A 12 year old schoolboy poet is auditioned by Yorkshire television and several rail trucks or derailed on the Doncaster line and we include more weddings ! 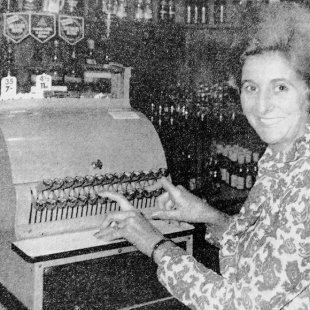 The big news of September 1969 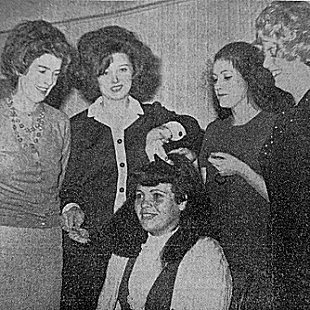 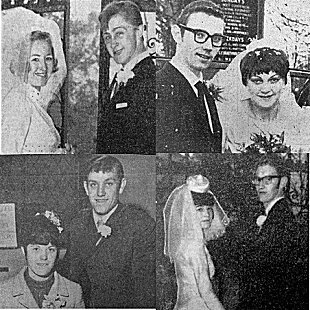