Mr Jesse Hill – Statistics and the Way to Cadeby 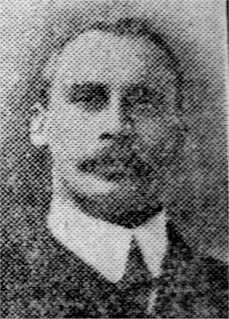 The first witness for the application of Mr Jessie Hill, clerk to Conisbrough Parish Council, assistant overseer, and rate collector for the parishes of Conisbrough and Denaby.

The part of Denaby which was proposed to take in was indistinguishable from Conisbrough, and was very densely populated. The area of the proposed urban district was: 4,299 acres in Conisbrough, 347 acres in Denaby, and 199 acres in Cadeby. The part of Cadeby proposed to be included was separated from Denaby and Conisbrough by the river.it included the colliery and three houses. The estimated population Denaby, was 7,423.

Mr Neal: You only take three houses at Cadeby, the main thing you want to take is the colliery. We will be quite frank. My learned friend smiles. I don´t mind. You don’t desire to be saddled with the cost of attending the Colliery Companies work people. While the Colliery Company escape the burden?- That is the parish councils view.

Mr Neal: that is the whole point, and we will face it at once

Proceeding, Mr Hale said he had no personal views about the state of housing in the district, and preferred that question about that should be put to members of the Parish Council. A petition in favour of the application had been circulated, and had been signed by 985 people, all from Denaby Main. The Parish Council of Conisbrough were unanimously in favour of the application.

Cross-examined by Mr Talbot, Mr Hill said did not know that the Conisbrough Parish Council had ever considered the possibility that the Doncaster Rural District Council, had been receiving in rates more than they had spent in the district, and might submit a heavy claim for compensation for loss of rateable benefit

Mr Talbot: do you know whether it is a fire that they get a great deal morning rain than they spent on the district? – I am not going to accuse them of dishonesty.

Have the Conisbrough Parish Council ever discuss the question of what compensation they might have to pay? – They are not expecting to pay any compensation, I should think, Sir.

In reply to Mr A.M.Marshall, Mr Hill said that access was obtained from Denaby and Conisbrough and Cadeby by a ferry over the River and by a bridge used by workmen, which was not a public road.

Mr Marshall: How would you collect your rates if the colliery offices were the other side of the river?- we should go the way we go now.

Mr Neal: What is the point – That it is so detached that we cannot get a rate collector over?

Mr Jardine: Except by a 4 mile walk

Mr Marshall: Except by leave of the Company, how would you go? – Over the ferry or round by Mexborough

Mr Marshall: Or round by SprotboroÂ´.

Further questioned, Mr Hill said the Cadeby Colliery, was part and parcel of the

community, but he admitted that the promoters desired to include it on account of its rateable value

A Question Of Right And Wrong

Mr Marshall closed a series of questions about the highways which the proposed Urban District would have to maintain- Park road, Old Hill, New Hill, station the, and others, amounting to 12 miles of district road.

Mr Marshall:Do you know you are asking for a fifth of the rateable value of the Doncaster Rural District ?- I will accept that if you say so.

If you found that the proportion was unfair, as compared with the proportion of highway you take over, that make any difference to your claim to the new boundary? The question of right or wrong to those who are left are not occurred to you at all? – No answer

In reply to Mr Willey, Mr Hill said he did not know the details of the arrangements for the Memorial which had been circulated in the district in favour of the application. That had been left to the workmen.

Mr Willey: Can you gave the commissioners any reason why you picked out this psychological bit of Denaby, and left the rest to the mercy of this wretched government?

Mr Willey: If they wish to come in! Nobody wishes to come in. We are all here to stop out. (laughter.)

Mr Hill: I donÂ´t think I am here to give reasons of that kind.

Mr Willey I donÂ´t know what you are here for at all. However, we must deal with the material we have got it is very poor. You donÂ´t suggest that Conisbrough, from their end could deal with the sewage of Denaby?

Mr Neil: I shall call witnesses as to that.

Mr Willey: May we take it that this gentleman knows nothing about anything? (Laughter.)

Where There Railway Comes In.

In answer to Mr Flawn, Mr Hill said yet not measured the length of the Great Central Railway in the proposed area. He would take Mr FlawnÂ´s statement that there was 37 chains in the parish of Denaby and 23 in the parish of Conisbrough.

Mr Flawn: The difference to us is that we shall have to pay urban rates instead of rural.

Mr Hill:yes, but you would play on a fourth instead of on the full.

Mr Flawn: Yes, but the poundage may not be the same