The Leader of the Opposition.

Mr Chambers and the Corporative Society 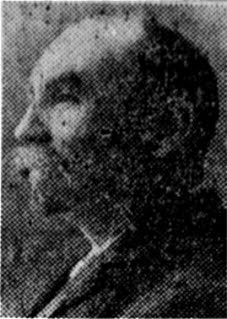 Mr W.A.Chambers, examined, by Mr Willey on behalf of the Denaby Corporative Society, said he was chairman of that society, which had about 1000 members, and was opposed to this application. The Society was managed by a committee of eight, and had a turnover of £50,000 a year.

At this point there was some confusion, Mr Chambers, mishearing a question, making an answer which gave the impression that there were no colliery officials on the committee except himself. This was corrected and the names of the Committee given. Examined in chief, by Mr Talbot, Mr Chambers said he lived in Conisborough, and was a director and general manager of the Denaby and Cadeby collieries. He had been chairman of the Denaby Parish Council from the beginning, a Guardian for over 36 years, a member of the Doncaster Rural District Council and its predecessor, President of the Cooperative Society, and various other organisations.

He had lived in the district, 37 years. His company owned about 1,700 houses, built for the accommodation of their employees. The last purchase of land was 14 acres and there were 10 still available for building. It was their intention to build on this land, and their plans had been passed during the war. They have been unable to build, and so the demand for houses had outstripped the supply.

Mr Chambers proceeded to give in evidence. The details of the Companies local public services, as outlined by Mr Talbot in his bleeding. He added that an open-air swimming pool was provided in the recreation ground at Denaby Main.

Mr Talbot: we have heard that baths are ardently desired at Conisbrough, and that it is only the absence of Urban Powers that prevents them being supplied.

Mr Chambers said that 10 years ago, the Conisbrough Parish Council got out a Bass scheme, but a parish meeting rejected it and would have none of it

Mr Talbot: and these people are making it a ground for seeking urban powers that they could not get bats? – They could have had them long ago, but they would not. It did not prevent us.

With regard to the houses at Denaby Main, Mr Chambers said that some were built over 50 years ago, and others as recently as seven or eight years ago.

Mr Chambers added that all the houses and water laid on to them, and the water was proved to be of the highest purity. “At the last enquiry the Government Inspector came down and view the place under my guidance.”

Mr Neal: I don´t know that you are entitled to say what the Government Inspector said.

Mr Chambers: I say that they are well laid out and the houses will bear comparison favourably with those in any town or industrial area.

Mr Talbot: At any rate, you showed them to the Government Inspector?- That is so.

Mr Talbot: and we are not allowed to hear what he said.

Proceeding Mr Chambers said that when the first application for urban powers was made, the Conisborough Parish Council communicated with the Denaby Parish Council, and the latter refused to have anything to do with it. They had always been of that opinion. He was of opinion that the scheme was not desirable from the point of view of Conisborough. He could see nothing in it which the district had not already got under the administration of the Rural Council.

Further question, Mr Chambers said so far as he knew the Colliery Company had used influence to get signatures to a Memorial against the application. There was a good deal of apathy, but the general feeling in Denaby Main and to some extent in Conisborough, was strongly against the proposal.

Mr Talbot: what do you say about your privvy middens?

Mr Chambers: I say they are attended to and kept clean, and scavenged so far as can be done with that system, but I by no means think it clean, and for 10 or 12 years or more, I have advocated the conversion of privy middens into water closets. The water difficulty was in the way, and to obtain sufficient water the Colliery Company enlarged the borehole, put another borrow down at considerable cost, and provided a better means of getting the water out of the pit by pneumatic power. The result is that there is and abundant supply to provide water for all purposes likely to arise from many years in Conisborough and Denaby Main.

Referring to the Parochial Committees scheme of conversions, Mr Chambers said he simply contended that it was due to the owners, who would have to bear the cost, to consult them, and show them what was proposed. When the proposal was made for wholesale conversion at Denaby Main. He knew that there was a large number of middens in a much worse state elsewhere, and he wanted to know what was being done about them.

Mr Neal: Mr Chambers, you have heard Mr Arthur Willey talk about some of the witnesses as being Pooh-Bahs, and filling all the posts available. Would that be a friendly description to apply to you? (Laughter.) – I have tried to do my best.

I´m sure you have . I want to see what you have done . You are a member of the Rural District Council and the Board of guardians, and as we know, head of the Colliery Company? – No.

Well, the brains (laughter.). Chairman of the Parish Council of Denaby, and of the Cooperative society? – Yes; I started it.

Except the Railway Company, you are the all opposition to this case. – No.

A Severe View of Denaby Property

Mr Chambers further replied that he was providing some of the funds for the opposition, but what proportion he did not know. He did not know, either, until that morning, who were the people who had been round getting signatures for the petition against urban powers, and he did not know what these canvassers had told the people.

Mr Neal: Do you think urban powers are necessary? – Well, it is an urban community.

And should have urban administration? – Yes.

I think in 1913, when this application was launched, you are in favour of linking up with Mexborough, and some other place? – Yes, I am now.

Although you have in mind that the rates of Mexborough or 9s 4d this half year? – Yes.

Mr Neal: Well, I will not pursue that.

Further question, Mr Chambers said he did not know that houses in certain parts of Denaby stood 40 to the acre. He had not counted them.

Mr Neal: Is that horrible set up property that one sees every time one travels on the railway from Mexborough to Conisbrough – is that belonging to the company? – Yes

Do you know a worse picture in England? – You have got the backside there.

Mr Neal: you have got privies on both sides, so that people can look out, neither at the back door. The front, and there is not an element of decency.

Mr Chambers: That is not true.

Mr Neil: Do you know that a large number of these houses are horribly overcrowded? – Not so much as in Sheffield.

Mr Neil: Leave Sheffield to me.

Mr Neal: what as the Rural District Council done to improve the condition of the district – the best they could.

Are they doing anything, because if they are doing nothing, it is time someone else had a chance? – On frequent occasions. They have issued orders to cease overcrowding.

Where are the people to go? – That is it.

Mr Chambers said the Colliery Company wanted to build as soon as possible, and Doncaster Rural Council had an option for 1100 houses.

Mr Neal: your company will not object to a proper rate, whatever it may be? – Not if they get equivalent value.

Why did not the rural Council tried to get water themselves? Why should the water supply be in the hands of a private company? – Because the company had it, and the council hadnÂ´t.

It really comes to this – that the whole district is run by the Colliery Company? – No, it is not.

With regard to the resolutions of the soldiers, Mr Chambers said they had to convince him that this proposal was for the good of the district.

Hartley: can you tell me why you are not building now? – Because we cannot get Labour and material.

But other colliery owners are finding them? – Well they are lucky

Lucky or not, is it not a question of price? – Yes, that has something to do with it