It was a great day in the history of the concern when the Cadeby mine was sunk, in 1889, this pit attaining its majority this year.

Cadeby Main, has been the Mecca of mining engineers from all parts of the world, for it held for years a double record – that of being the deepest pit, in Yorkshire, and of being the most up-to-date in England.

It touches the Barnsley seam at 763 yards, there being a decided dip in the strata between Denaby and Cadeby. This depth has recently been exceeded at Maltby, where coal has been reached at 818 yards. Cadeby provided the savants with food for serious thought, and it was in the early days of prospecting in that quarter that Mr Chambers made his now famous prophecy of the rise of Doncaster as a coal getting centre.

Those 21 years have been one long record of industrial progress. The concern has taken amazing strides. When the company was reformed, it was capitalised at Â£600,000 in ordinary shares and Â£200,000 in capital shares,but the massed property owned by the company at the present time runs into m illions of pounds. While all-round progress has to be reported there certainly has been rifts in the lute in the shape of most unfortunate trade disputes which have contributed to the fame the company holds. There is a list of strikes at Denaby, I should mention them shortly – but all the rest pale into insignificance before the great dispute at the beginning of the present century – sure the hottest, fiercest battle between master and men known in the history of trade unionism, the great Taff Vale dispute not excepted. But of that more anon.

Some Facts and Figures

The Cadeby pit-head during change of shifts. On the right is shown the pit shaft

Cadeby Pit Head coming to the concern as it stands at the present day, perhaps a few salient facts and figures may help the reader to understand the nature of the undertaking more effectively than an elaborate, or even a picturesque Impressionist description.

Last years´s output was 3,000,000 tons and Denaby and Cadeby always figure easily at the head of the monthly shipping returned from Hull. The rate of drawing the coal to the surface is between 65 and 75 draws or journeys of the cage per hour. At Denaby, in time of stress 79, has been reached and Cadeby the home of big things, 81. These records were achieved by the colossal energy which is always associated with colliery “bull weeks.” 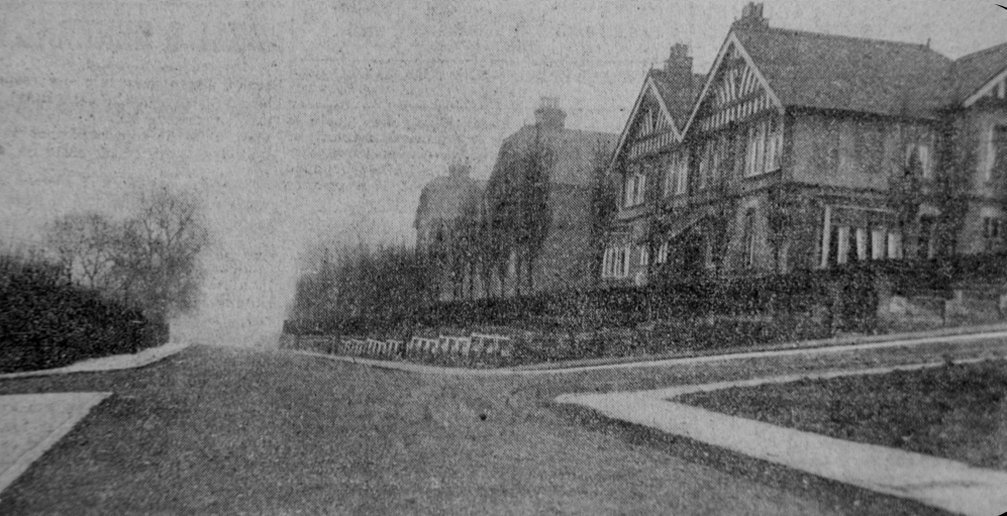 The number of houses owned by the company is 1,700, 100 having been built last year.

These houses range from the popular low rented four room cottage to the well appointed semi-detached villas which belong to modern Denaby, and which brighten up what would be a somewhat dull, drab impression of the village, wonderfully.

Building operations are going on almost continuously in the village, an estimated population of Denaby Main at the present time is 12,000, only 2,000 less than an old established centre like Mexborough. And this population of 12,000 does not adequately account for 5,000 work people and their families, and if all these people were to live in Denaby Main, the population will be practically doubled, while that of Mexborough and Conisbrough, would be stunted and attenuated by comparison.