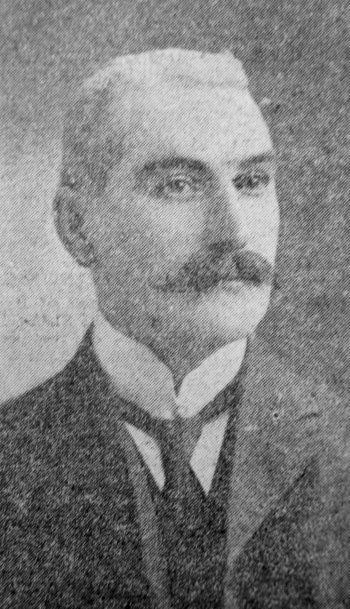 The concern is controlled by a staff which outnumbers numerically and organically most of the larger enterprises in industrial Britain.

Mr W.H. Chambers is managing director;
Mr G. Wilkie is secretary of the company;
Mr R. Williamson (picture) is electrical and mechanical engineer;
Mr H.J. Tremellin is the commercial manager and operates from London,
Mr W.H. Parkinson being the whole shipping agent;
Mr H.L.Smethurst is the architect, and Mr Ellis the survey;
Mr H.S. Witty is now the manager of Cadeby Main,
and  Mr Charles Bury manager of Denaby Main.

And so on, through a little army of officials the order of the day is marshalled.

Each has his appointed duty and sphere, and the mighty machinery, clerical and mechanical, moves like clockwork.

Then there is a mighty electric generating plant, installed, though not on its present scale, in the year 1896. At Cadeby, there is a beautifully fitted electrical generation station of such power and dimensions as many municipalities would be glad and proud to control. As you walk along the lofty, dusty balconies, you suddenly come upon it. It is snugly ensconced in the heart of all the noise, the rattling, the grime and the grind, and it comes upon you with the unexpectedness of a fairy glade, or any other pleasing and unlooked for scene.

You have a vague idea that in a place where everything moves in response to the magic touch of a button, there must be a generating station somewhere about, but you are scarcely prepared for a station such as they have at Cadeby. At first glance you get the impression that the main idea is to be ornamental. The machinery shines like polished silver and gold, you strongly suspect that the flagged and wooden floor has been bees waxed for a dance. It isa daintypicture, and appeals to the aesthetic as well as to the engineering cast of mind.

The station is laid out in three bays, in which is installed machinery for lighting, or power, and for compressed air. Here splendid turbineshave been laid down, and I noticeda space laid out for an addition. The silence and perfect order, which prevails in this room announces the immediate impression you get on a great concealed power. Here you get the impression without any direct evidence of the power, but in the winding engine rooms the site of the mighty piston rods launching backwards and forwards soundlessly, and that the bidding of a hidden well, is, to say the least, awe-inspiring. Reckoned in the mechanical power of the collieries are eight locomotives, with drawing power ranging from 40 to 10 wagons.

Also included in the mechanical power is a small fleet of steam boats owned by the Colliery Company, used for carrying the coal to all parts of the Earth. 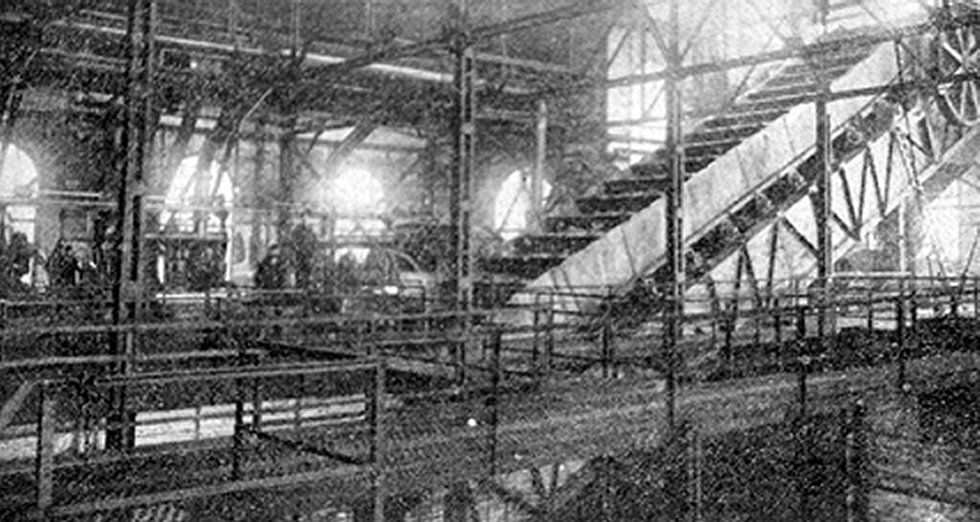 Cadeby Main, has often been described in a vague way as a wonderful pit, it is scarcely likely that any other colliery as its wealth of resources Money has been lavishly poured on its equipment. Thousands of pounds worth of machinery has been set down to fulfil minor functions, and in some instances no active function at all. Whatever new device has been brought forth by the science of mining engineering has (provided it had the functional basis of plausibility and suitability) found a home at Cadeby.

The task of describing adequately the stores of mechanism which have been set down is hopeless. The mighty coalwasher alone would be a fit subject for a lengthy article. We present a view of the interior of the Baumer washer with the gigantic creeper moving onward and upward at a snailÂ´s pace bowling laws of perfectly clean and pure call to be taken to the wagons below. After that coal has been washed in the little mill races appointed for the purpose, it seems a pity that it should be bundled unceremoniously into wagons just as if it were, unregenerate coal. You feel that there ought to be a staff of grocerÂ´s assistance provided for the purpose of packing it neatly into paper bags.

Then there is the coal dust extractor – a wonderful piece of mechanism which takes the dust out of thecoal through the suctionof a powerful electric fan. The dust, I believe, is subsequently utilised as an excellent variety of foundry blacking. Another important feature at Cadeby Main is the mechanical loading and unloading of the cage. This is done from a sort of “jury”, the second cage, which is installed at the pit bank, and into which, while the cages are making their journey in the earth, empty corves are run when the travelling cage, full of coal, arrives at the bank, there is a crash, and suddenly the empties are simultaneously taking the place of the full ones, and the cage is off back to the bottom at top speed. The sending-off time by the substitution of this new method for the antiquated one of loading each chamber of the “chair” arcade successively, must be enormous.

Then there is the running belt, carrying the screened coal to the washers, there are the creepers, tipplers, elevators, and the hundred and one devices which fit into the machinery of a modern colliery. I have dwelt particularly upon Cadeby main, because of its all-round superiority in the matter of equipment, because it is the colliery of the future, while Denaby Main may be said to have had its day; but at the same time equivalent of at Denaby main is quite in keeping with the standard of the concern generally, and is thoroughly up to date. Denaby MainÂ´s palmy days have gone, and it is outrivaled in several quarters now, but it has had its period of pre-eminence, and has not fallen into desuetude or decay