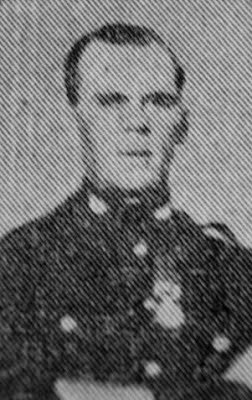 Mr. and Mrs. F. Adamson, of 27, Tickhill Square, Denaby Main, received intimation this week that their son, Corporal Leslie Adamson of the K.O.Y.L.I. was reported missing. Corporal Adamson was a reservist with over seven years service and was recalled last year.

He was attached to the K.O.Y.L.I. and was a driver in the motor transport section. He had seen many years service in India. He was a keen sportsman.

Mr. and Mrs. Adamson have another son serving his country, Leading Stoker Edgar Adamson who has about 7 years service in the Navy to his credit.

Lance-CorporalJohn Robert Bailey of 41, Barnburgh Street, Denaby Main, has also reported missing on Tuesday. He had 12 years service with the Forces and was a reservist called up in August last. He had served six years in India. He had leave five weeks ago, and was later drafted to Norway, from which country he is reported missing. He was before being recalled employed at Cadeby Colliery.