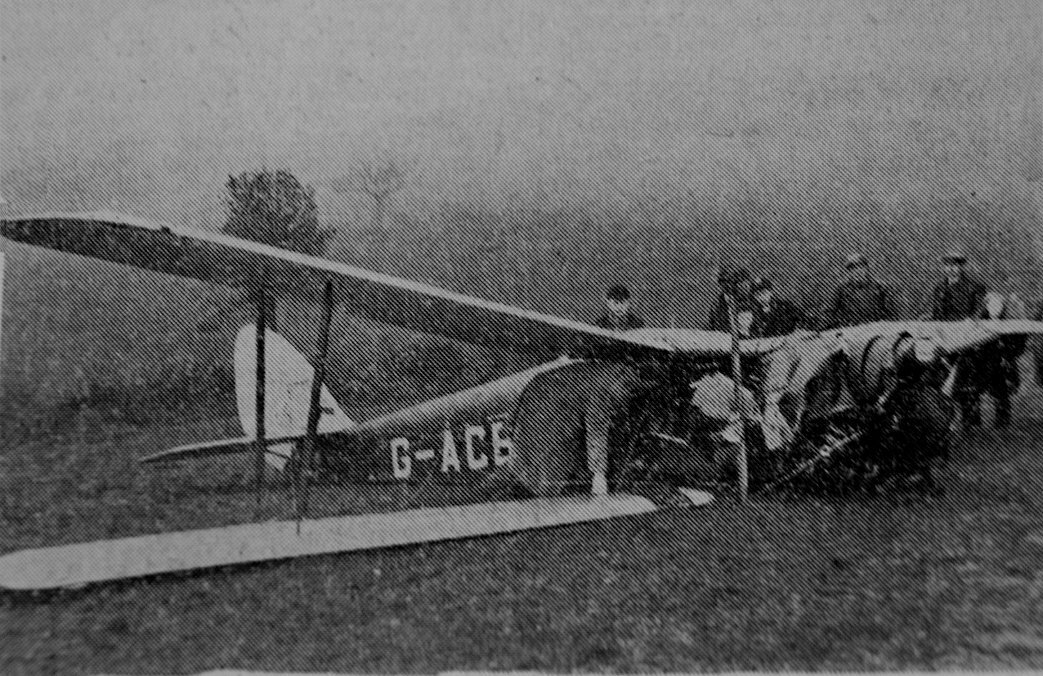 Extensive damage was done to a to Havilland Mark three Gypsy Moth biplane which crashed into the side of a small fail on Sunday morning a few yards from the Conisbrough – Clifton Road, near Clifton.

The pilot, Robert Martin Ross (page 24), garage proprietor, of Quaker house, Skipsea, near Hull,had a remarkably escape from serious injury, and, despite the fact that the crash broke the propeller into pieces, smashed the undercarriage completely off,ripped the engine off and forced part of it back into the cockpit and also damaged the other two wings, all Ross sustained was a badly cut face and slight shock.

The plane, which was heard flying at a comparative low altitude over Conisborough and Denaby, wasthe property of the Hull Aero club (1934) Ltd, and had been flown solo from Hedon airport, Hull to Doncaster airport, but owing to bad visibility, Ross, an experienced pilot, missed Doncaster and was endeavouring to find a landing place when the mishap occurred.

The plane struck a tree, swung round, and crashed to the ground. The impact was heard at a considerable distance away and Clifton residents were naturally startled. One of them, Mr J Brammer (Jr) a special constable,was present. On hearing the noise he ran down from his houseto assist the pilot. He afterwards watched the planewhile Mr Ross was taken to the surgery of Dr W.I.McClure, at Conisbrough, for treatment.

Part of Wing in Tree.

Part of a wing of the machine which was a wooden construction, was left in the tree, and as a result of the accident15 gallons of petrol ran from the tank.

Later Inspector A.Wolfe (Edlington) and Police Constable Bowman (Conisbrough) and Savage (Warmsworth) came to make enquiries. On enquiry at Doncaster Aero club it was learned that Mr Ross was in company with three other machines and visibility was so bad that before reaching Doncaster one plane turned back. Two landed at Doncaster airport at about 9 a.m.

Mr Ross and his father-in-law, Mr KW.Pawson, returned to Hull by Road on Sunday evening, and Mr Rawson told a reporter that they started off from Eden at about 8 AM on a cross-country flight to Doncaster, and should have been back at about 10 o’clock. Visibility was not so bad when they left, but after they crossed the Humber it became very poor and the party split up. He himself landed Doncaster about 845 and about 10 he learned that his son in law had come down at Conisborough.

“When I got out to him,” Mr Pawson added, “he told me that the clouds were down to the level of the hill and that before he saw the hill he struck a tree. He had been circling around for some time.”

Large numbers of visitors went out from Conisborough on Sunday morning to inspect the damaged machine, which was later dismantled by officials of the Hull Aero club and taken by motor lorry to Hull by a Conisborough firm of contractors.