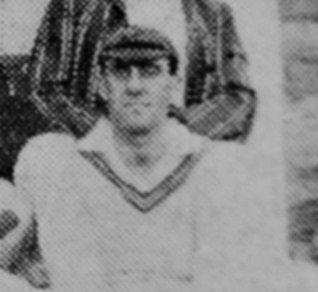 Billy Narraway, the Denaby wicket-keeper, confidently considered down here the second man in the county (at any rate comparable with Allen), and among the first half-dozen in the country, had the match of his career on Monday when Denaby were at home in the return friendly with Mansfield.

Narraway claimed seven of the wickets, catching six and stumping the other.

He has several times bagged six in a match, but never seven before.

What a tragedy for Billy that he found Strudwick barring the way at the Oval, and that he was prevented from qualifying for Hampshire!

He might now, with Strudwick and Dolphin both on the point of retirement, have been a leading candidate for EnglandÂ´s gloves, for his batting would certainly have taken a polish in good company.

Oldfield wins at Denaby – Billy Yates in the ring again