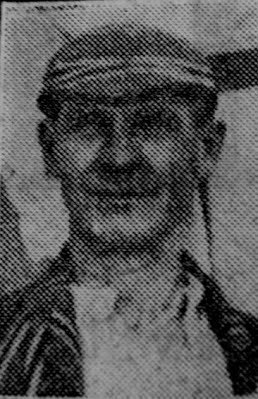 We still have to look occasionally to our veterans for some of the finest cricket the district can produce. It has been noted here, over and over again, that the cricketers who can turn the forties, and even the fifties, and keep the rheumatism out of their joints, are often worth a good many young ones. Craft and judgment count immensely in cricket, if the sight keen and clear.

Here we have Luther Robinson, of Denaby, at the age of 53, taking five wickets for seven runs in Yorkshire Council cricket on a plumb wicket at Clifton Lane, against a betting side like Rotherham

“Prodeegious!” Luther was lamenting to me the other day that at last his right hand had lost its cunning, and he thought it was time to retire. And he had only just made 72 not out against Wath!

Evidently it needed this wonderful throwback to his best bowling form to restore him to complete faith in himself.

His feat at Clifton Lane is one of the finest in his thirty-four years cricket career, and his most sensational since he bowled Swinton out a couple of years ago in the “Times” cup.

We shall hear no more nonsense about retiring. I hope at any rate for another twenty years. Why, Harry Shoosmith, of the same team, and of somewhere near the same date, has no thought of retiring, not while he can enjoy himself as he has done these last two SaturdayÂ´s against Wath and Rotherham, with 65 not out and 75 not out.