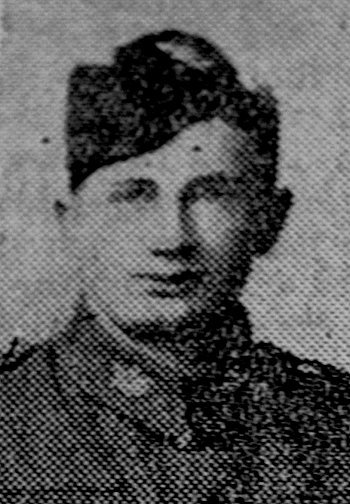 Mr and Mrs Beecham, 11, Ouse Terrace, Low road, Conisbrough, have been notified that their son, signaller H.Beecham (Royal Scots) has been missing since August 1.

The chaplain has been waiting enquiries and says he fears the worst has happened. The battalion were heavily engaged at the time in the neighbourhood of Soissons.

His parents have received a message of sympathy from the chaplain, the reverent A.Robertson.

Private Beecham is 21 years of age, and was formerly employed at the Cadeby colliery. He saw service in Ireland during the rebellion, and was slightly wounded.

Inscription “THY WILL BE DONE”