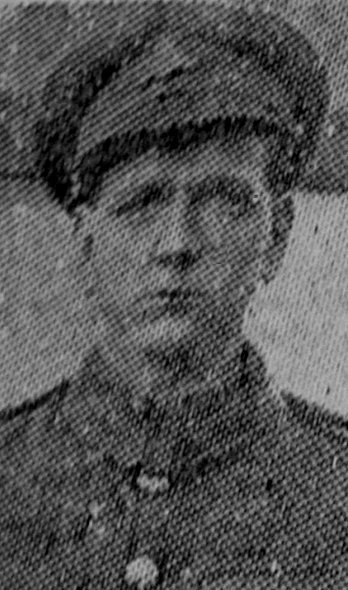 He was single, aged 24, and enlisted last April went to France in September. He was formerly employed at Cadeby.

His mother has received a message of sympathy from the reverent S.P.Sykes, written from the 59th casualty clearing station. This chaplain says that private Bell was admitted on the 13th. With wounds in the chest and shoulder, and died the same night. He was buried in the vicinity.

His brother private. John T Bell, is serving in India, and a brother-in-law, private George Moore is a prisoner in Germany.