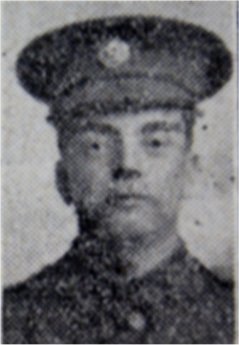 Mrs Boulton, 12 North Cliff road, Conisbrough, has received official information that her brother, private Walter Bell (York and Lancs) was killed in action on July 1.
Private Bell enlisted in September 1914, and has passed through many thrilling engagements.

Previous to enlistment he was a glass hand at messes Kilner brothers, where he was well liked amongst his workmates.
Private Bell was 38 years of age.