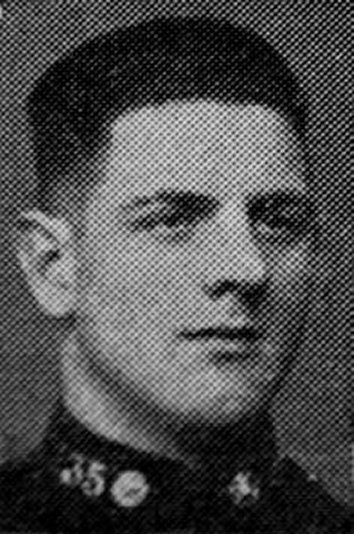 Lance-Corporal James Boulton (26), youngest son of Mrs. And the late Mr. Thomas Boulton, Dearne Street, Conisborough has been killed as the result of an air raid in the South.

News to this effect was received by Mrs. Boulton on Monday morning in a telegram from the commanding officer of Lce. Corporal Boulton´s battalion. By the same post Mrs. Boulton received a letter from her son stating that he had arranged for his leave, which he expected to have in October, to be brought forward, and he was intending to arrive home next Tuesday.

L/Cpl Boulton who was Mrs. Boulton´s only unmarried son, was one of the first men to go to Norway to take part in the fighting there and he was one of the last to leave; he escaped unscathed.

L/Cpl Boulton, a native of Conisborough, served in the Scots Guards as a regular for three years and then joined the West Riding Police as a constable and served at Wakefield and Castleford; he had performed two years service when he was called up in November last as a reservist.

He was well known as a footballer when a schoolboy, and he played for Station Road School and the Mexborough team which met Liverpool Boys in the semi-final of the all England competition. He later played in local junior football, and also for his Army battalion and in police football, and in the latter he was the winner of several cups.

During his Regular Army days, he was also interested in boxing. He has one brother, A/C Samuel Wilfred Boulton, serving in the R.A.F.