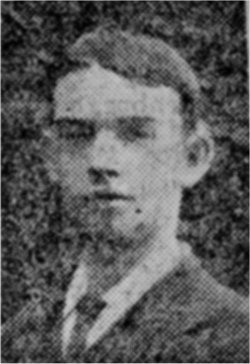 He was 25 years of age and single. He enlisted in August 1915 and went to France the following March.

Before enlistment he worked at the Cadeby colliery. His mother who lives at Long Eaton, has received the following message of sympathy, from her sons platoon sergeant:

“It is with much regret that I have to impart the news of your son’s death. I have never had a better pal ever since I have been out here, and nothing but death would have parted Willie and me. He never murmured at all, and he stuck it bravely to the end. He has been buried in a decent grave, and a heroes grave too, for he was a British soldier, every inch
of him. I hope you will have strength to bear this great blow. You have all my sympathy in your sad bereavement. Your son’s death was almost instantaneous.”