The great Cadeby colliery disaster of July 9, 1912, has been prolific in its unpleasant after-effects, but it had at least one consequence which was gratifying and pleasurable – that of the declaration by the King of six of the gallant fellows who risked their lives so willingly and cheerfully in the flaming and poisoned mine on that and many succeeding days.

The announcement made some months ago that a batch of Edward medals was to be awarded in connection with the rescue work, which was carried out at Cadeby was the subject of general approbation, the only matter for regret being that the supply of medal was limited, and hopelessly unequal to the number of gallant fellows who were worthy to wear them. The decision to award the Victoria cross of the mine to this brave half-dozen was shortly followed by the announcement that a number of other courageous rescue workers were to be similarly honoured at the hands of the hospital order of St John of Jerusalem.

The names of those who on Tuesday morning attained the supreme distinction of decoration by Royal hands are:

The remaining four, will receive the Edward medal of the second class (bronze) the:

HOW THE MEDALS WERE EARNED

The majority of our readers will be familiar with the splendid coolness and courage which distinguished these men in a time of dreadful confusion and terrifying uncertainty, but for the benefit of those who are not, the merits of their conduct may be briefly explained.

Hulley and Fisher (the former, has since been promoted) were at the time both deputies in districts other than the fatal South, and they were among the earliest arrivals on the scene of the explosion. Indeed, Fisher was the first official to enter the exploded district on that fateful morning, having been summoned thither by a road man named Humphreys, who first made the discovery that something was wrong. 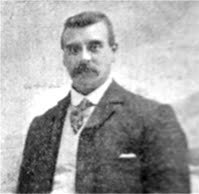 George Fisher made a complete tour of the district, taking observations throughout, and his evidence, was of considerable value to the home office enquiry. His was an experience calculated to try an iron nerve, and he displayed high courage in undertaking so terrible a tour of inspection. Later, Harry Hulley, who had brought a rescue team down the pit, made the same tour in company with the ill-fated Mr. Charles Bury, the manager of the mine. Both these men have been working all night, and were sent out of the pit before the second explosion occurred. They both descended again and Hulley did very valuable service indeed, not only in the removal of the bodies, but in the hazardous work of building up the first sets of rude stoppings. He was present at the third explosion, which occurred early in the morning of the following day, and was slightly injured by bricks which were blown out of the stoppings. He also took part in the subsequent salvage operations. 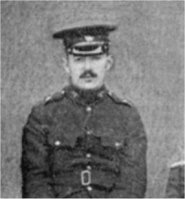 It was in tending the stoppings that Mr Williamson also distinguished himself, and on several occasions he displayed rare pluck in the presence of real and imminent peril. He was not then a fully trained rescue worker, but he did a good deal of salvage work at the rescue base in connection with the erection of the steel doors, which were used to smother out the fire. 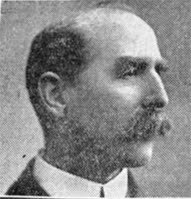 Mr J.E.Chambers brother of Mr W.H.Chambers, managing director of the collieries, not only displayed skill and courage, but splendid fortitude under affliction, for he was instrumental in saving life in the stricken mine after he knew that his only son, Mr Douglas Chambers, the clever and promising young manager of Denaby main had perished. He recovered from a heap of bodies two men who he discovered to be breathing, and they were subsequently restored. 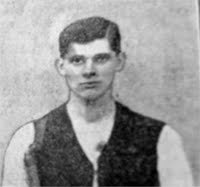 Walter Prince was also personally bereaved by the terrible disaster, rendered splendid service by an act of coolness which undoubtedly saved a considerable body of rescue workers. He discovered a fresh outbreak of fire, which, but for his efforts in extinguishing agent, would have cut off a number of men who were busy with the pulmoters endeavouring to restore animation in Mr Charles Bury and others, who had just survived the second explosion. 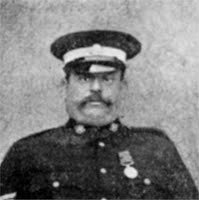 Amongst these was Sergeant Winch, of the Wath rescue station, who mainly directed the rescue operation, and who was a host in himself that day, working for his life at the pulmotors while in momentary expectation of further explosions. He also went down the pit and assisted in rescue work daily for a number of weeks after the disaster.

That in brief, is a story of how these men can to earn their medals, and they were summoned to attend his Majesty’s counsel at Buckingham Palace on Tuesday morning to receive the medals at the hands of the King.

They travelled down on Monday night, and on Tuesday morning presented themselves betimes at the Home office, in Whitehall, where were foregathered a number of other cloth-capped heroes from the Midlands and the North, bound for the Palace on a similar errand..

They were escorted by a home office official through St James’s Park to the Palace, where they were ushered into a large anteroom. In all there were 23 of these courageous colliery workers waiting on the King’s pleasure. The Cadeby party arived the Palace at 11, and after a wait of about 40 minutes they were transferred to a smaller anteroom by way of which they were ushered into the Presence chamber. Small hooks had been attached to the lapels of their coats to facilitate the act of decoration, and after making their bow they stood at attention to receive the congratulations of the King, which were contained in a few well chosen expressions of goodwill.

As he attached each medal to the person of its recipient, his Majesty listen to a brief account of the circumstances in which the medal was learned. He did not curiously enough, make any reference to dawn experience of the disaster, the unique circumstances that he was in the district at the time, and with the Queen, visit to the colliery on the evening of the day of desolation.

Denaby Pit Boy – Presented To King and Queen Of Norway.