of 17 George Street, Denaby Main, was killed in action on July 22 in France.

He was a territorial, and had served throughout the war, having been in France two years and three months.

He was a married man, before the war worked at Denaby Main. 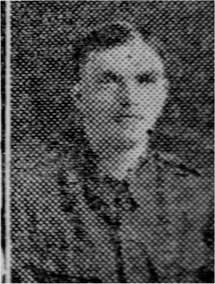