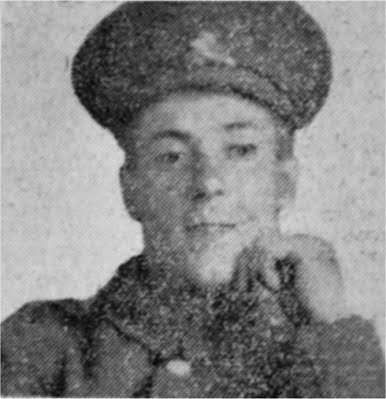 Driver JR Campbell of 12 March crescent, Conisbrough was severely wounded in action on June 13, and has also developed acute rheumatism.

He has been brought back to England, and is now making excellent progress in hospital in Carlisle.

He enlisted at the outbreak of war, and went to the front last September, just in time to take part in the battle of Loos.

Since then he has been in many heavy engagements