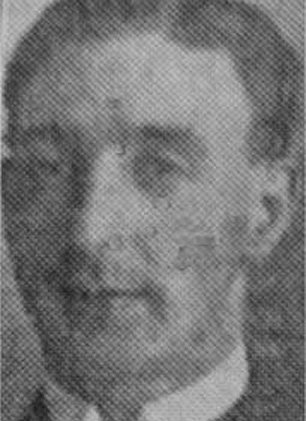 Denaby United have not had many strokes of luck so far, but Robert Elswick Chantry is one of them. When Denaby were assembling a team for the Midland League venture, they found “Bob” Chantry, a first class half back, more or less marking time at Parkgate Works, where he is employed, and playing for the Works club. Chantry is 27 years of age, and has had considerable first class experience.

During the War he played for Sheffield United and Bradford City, and but for a certain misunderstanding he would still be wearing the Bradford City colours. Since he left them he has declined a very tempting offer to return to Valley Parade. He has also considerable Midland League experience, and before the war, played for Rotherham County, Doncaster Rovers and Scunthorpe. He has also been through the mill of the junior clubs, and though he is not a forward, and never will be, he scored 26 goals for Ecclesfield one year, and help them to runners up medals in the Sheffield Junior League.

He is of the right build and stamp for a half, being 5 feet 9 inches and 11 stone eight. He is a fine judge of a pass, both his own and his opponents, and has that last fraction of speed which gets the ball. He tackles surely and cleanly, has a splendid temper, and is a good influence on a side. Both as captain and halfback is rather above Midland League standard and has studied the psychology as well as the technique of the game.

He likes his new clubmates, and says that Denaby’s present misfortunes are a very good reason for sticking to the club and helping to pull it around, rather than for consulting his personal ambition. He is not keen on leaving Denaby, though several clubs are lying in wait for him. He is naturally anxious to see the team strengthen and improve, but thinks that the club already has the material that will make a winning side. Chantry is a native of Parkgate. While with Bradford City he was selected to pay for “Bob” Crompton´s team against Burnley in a big charity match, which was drawn 2-2.

When he first went to Bradford, Peter O´Rourke tried him at centre forward, and then discovered to his delight that Chantry was a left half, a position upon which Mr O´Rourke had had to waste McIlvenny while he could find the right man. Chantry proved the right man, and played regularly at left half while he remained with Bradford City