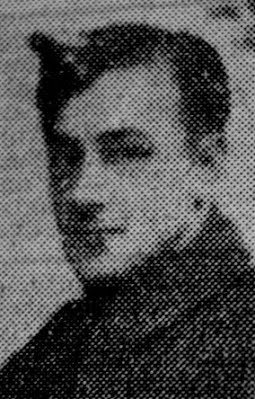 Official communication has been received by Mr. Alfred Coley, of 10, Doncaster Road, Denaby, that his only brother Sapper Albert Coley (20), of the Royal Engineers, has been posted missing since June 7 th .

Sapper Coley joined the R.E. in March 1938, and was sent to France with the first batch of B.E.F.

He had only one leave from Belgium and his brother received a letter from him in May, but had not heard since until receiving the official notice this week.

Mr. A. Coley would be glad of any information from any friends who may have known Sapper Coley.