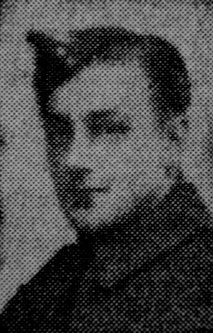 News was received by Mrs. A. Coley, of 10, Doncaster Road, Denaby on Monday that her Brother-in-law, Sapper Albert Coley (20), is a prisoner of war in Germany.

Sapper Coley was posted missing on June 7 th and news to this effect was received by his brother, Mr. Alfred Coley. The latter has since joined the Army.

Coley joined the Royal Engineers in March, 1938, and was sent to France with the first batch of the B.E.F. He had only one leave from Belgium and his brother received a letter from him in May, but had had no word of him up to getting the official notice that he was missing.

Before joining up sapper Coley was a miner at Denaby Main Colliery. He was born at Denaby and educated at the Rossington Street School. He was a member of Denaby Parish Church.