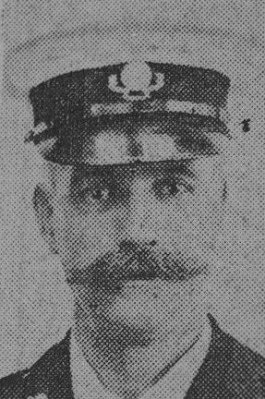 A record of nearly 50 years ambulance work is a proud boast of Mr W.V.Simpkins, of Conisborough, who holds the rank of superintendent in the Mexborough. Division of the St John Ambulance Association.

Mr Simpkins first interested himself in Ambulance work in Doncaster in 1893. He came to Denaby in 1901 and is one of the three ambulance workers of the district to hold a demonstrator certificate. He has been an instructor for 40 years and during this time, some 3000 of his men and women students have passed their ambulance examinations.

Mr Simpkins can remember when the Annual Ambulance camp was very different from what it is today and in 1901 only seven members went to Blackpool at their own expense.

In 1905 Mr Simpkins was promoted to fourth officer, and the same year was appointed instructor.

With one memorable occasion, which is particularly clear in Mr Simpkins memory is a visit on July 12 1905 of King Edward XII and Queen Alexandra to Sheffield. A small number of ambulance men in charge of Mr Simpkins were then called up for street duty.

In 1912 Mr Simpkins received one of their highest honours which can be conferred by this St John Ambulance Brigade when he was made an honourable serving brother of the Order.

He has received numerous presentations in recognition of his work as instructor and although, as he said to our representative, he is “past the retiring age” he intends to carry on this labour of love and is now taking an active interest in ARP work.