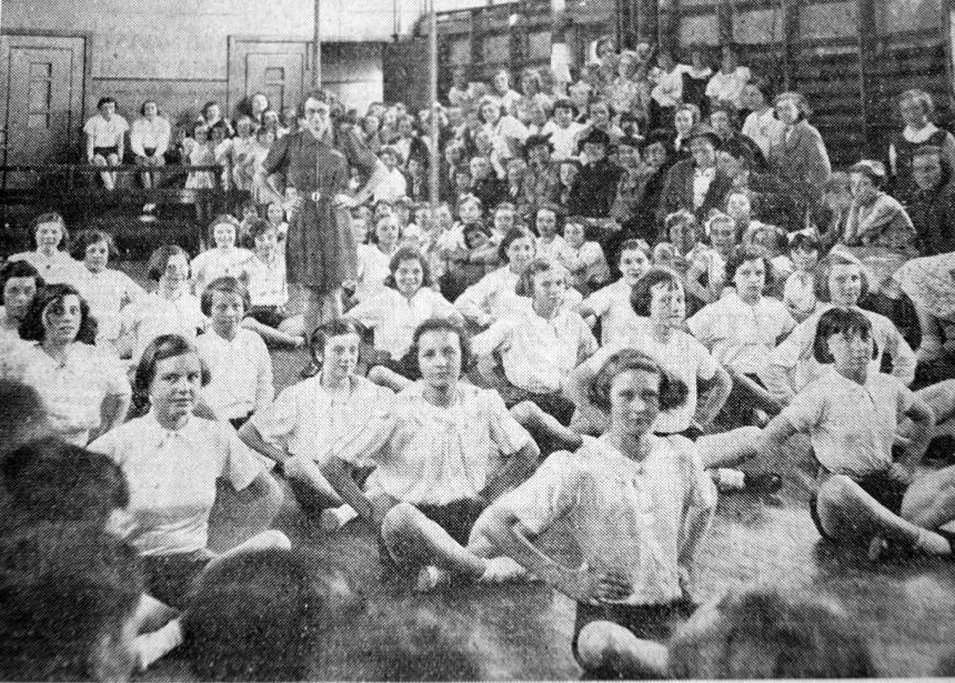 Conisborough Modern School Girls who gave a display of Country Dancing and Physical Training, one of the objects being to raise funds for the School Wireless Fund

More than hundred girls of the girls department at the Modern School gave a display of country dancing, singing, physical exercises and percussion band work in the school gymnasium last night and on Wednesday evening.

Miss Gardom was responsible for the musical and vocal part of the program, Mr Garforth for the junior physical training and Mr Carter for the senior physical exercise.

The senior items, which were given first, consisted of “Jim the Carter Lad.” In unison and descant, “the Jolly Miller,” a two-part song, “A Pastoral,” solo by Flo Swaby, “the Ballad of London River,” “Simple Simon” and “The Shephard,” unison songs, “Sister Awake,” and “The Scissor man” two-part songs, “Coming through the Rye” in unison and descant and “How now Shephard” and “When the Rosy Morn,” by Flo Swaby.

The junior forms gave rhythmic exercises to music, for items of group work while form one supplied the percussion band, giving a march from Gluck´s “Alceste” a gavotte from the same composer, a college hornpipe and “The Keel Row”, the dancing in the latter to heighten been provided by Jean Veil and Joan Sanderson respective.