Awards that Did not Arrive. 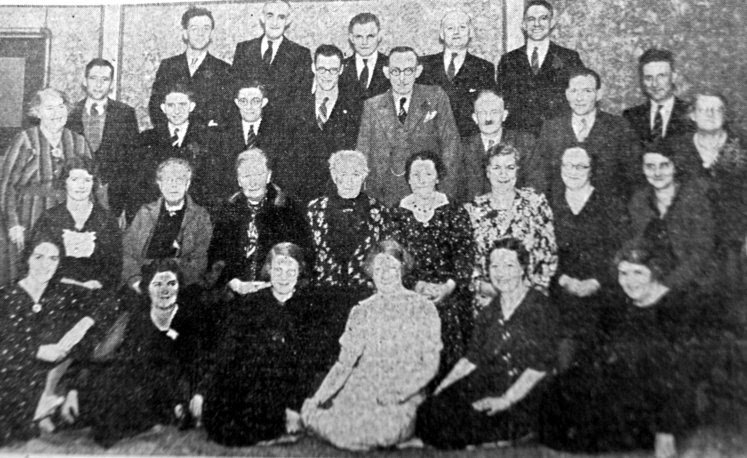 Conisborough St John Ambulance and Nursing Division will be 21 years old in July, it was mentioned at the Divisions annual tea and presentation of awards at the Welfare Pavilion this, Conisborough, on Saturday. Sgt Sec L. Dale remarked that their record during that time was one of which to be proud.

For the first time in 21 years the awards gained in the annual re-examination of the Divisions did not arrive in time for the gathering, but the Reverent P.T.Hutchinson, the Conisborough Methodist Minister, who presided in the absence of Dr W.J.McClure, said that the “recipients” would have to receive them in anticipation.

Tea, served by members of the Nursing Division, was provided for about 150 members of both Division’s and friends, but the list of awards was read by Dr David T.Clark.

Given his annual report, Sgt secretary Dale explained that the non-arrival of the awards was due to pressure of business at headquarters. As far as the Ambulance Division was concerned they had had a class which had excelled any they had had in years gone by. There are also venturing an examination of their own, and it was hoped to present 27 new candidates to swell the ranks.

Mr Dale mentioned that they were without a superintendent, but they had asked Philip Brocklesby, of Conisborough this, to take up those duties, and he had expressed a willingness to do so.

A vote of thanks to Mr Hutchinson, Miss Dr Clark, Mr Dale, and those who had assisted in the preparation of the tree, was moved by Ambulance Officer, L.Moss, and Mrs C.Farrell, seconding, appealed to everyone present to take their part in helping the cause of the brigade by learning first aid principles. At the present time, said Mrs Farrell, it was even more necessary that first aid should be common knowledge because they never knew when an accident might happen in the home, on the street, or in the factory.

A social evening followed, and Mr C Rich was MC for the dancing.

The following were successful in the annual re-examination: