All their Own Work
Conisborough School Operetta.
“Dickon the Bedlam” 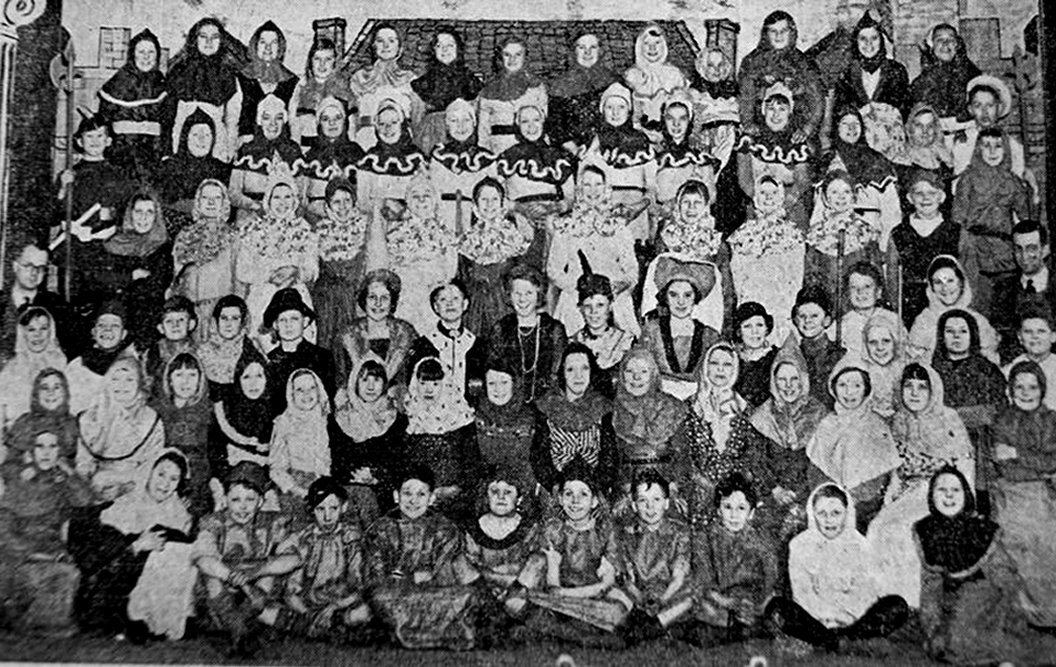 The Conisborough Senior School scholars and staff are quite independent when it comes to producing their own school dramatic entertainments. When they presented their annual concert in the school assembly Hall this week, the play – “Dickon the Bedlam” – the dance arrangements, the dresses and the stage “props” were all the work of some branch of the school.

The play was written by the English master, Mr N.W.Hinchcliffe, a member of the Doncaster Literary Society, and the music master, Mr Thomas Horncastle (Barnsley) wrote the music. Miss H.E.Carter (Sprotborough), the girl´s physical training mistress, was responsible for the dance sequence.

Messrs Hinchcliffe and Horncastle have collaborated previously in writing operattas for these annual efforts which come to be such a feature of the school life at North Cliff road, and in “Dickon the Bedlam” (Bedlam been a corruption of Bethlehem and the name which adhered in later life to discharged patrons of the Bethlehem Hospital for the insane in the days of the past) thisis just the sort of affair to appeal to the adventures instincts of the scholars, of whom 70, aged between 11 and 14, took part in the production.

Mr Horncastle caught just the spirit of the thing with his chorus and individual songs; and the dancing, too, reached a high standard, the Morris and sword dancing being executed perfectly. Both the vocal and physical parts of the production emphasised the patience lavished upon the young players by the producers and the enthusiasm which the children brought to their work.

The story is woven around the period in the reign of Henry VI when the Wars of the Roses were turning the country into turmoil and centres around the adventures of Alice, an heiress, who is stolen from a Guardian, Sir Daniel Blackley, and a radical Yorkist, who proposed to marry her to his son Barnabas.

Alice escapes from prison and is befriended by “Dickon the Bedlam” and his merry band. Dickon is a sort of Robin Hood, whose followers do not know what the word “work” means, but he has a “heart of gold” and many are the experiences of the players before the play draws to a fitting conclusion.

The scenes changed from the exterior of a roadside Inn to the interior of the place and finally to the courtyard of a moat house, and the designers of the scenery and Mr W.Gledhill (headmaster) and some of the older boys who helped him to erect the scenery are to be congratulated, particularly upon the mystery panel.

13-year-old Matthew Noble, as Nick Pumblechook, a cunning old villager who is always propounding his views on the “political situation,” give a great exhibition of juvenile acting, without a trace of embarrassment. Ronald Goddier, as the merry scamp Dickon, popped through the sliding panel with singular gusto, while J Seddons as his boon companion Rob, in his varied roles as vagabond and a priest of the Middle Ages managed to keep a pious expression through the waves of laughter which greeted him on his appearance on the stage.

Irene Stringer was a charming Alice, and P.Jackson (first villager), who sang a duet with Ralph Charlesworth (second villager) had a clear voice and made the most of his ample vocal opportunities, while Charlesworth created something of a surprise by singing in a deep bass voice. Joyce Harrison, as Tib, a serving girl, gave a delightful performance of unaffected acting which should have merit in a more responsible role, and she played and sang with sheer enthusiasm which was infectious.

Sir Daniel, Lord Uppingham and Lord Boxham being warlike spirits, the boys who filled these parts, E. Grindle, P.Thomson and J.Benfold, fell very easily into the dialogue and revelled in the adventures strain which ran through the whole production.

Mr Gledhill was the conductor and Mr Horncastle the accompanist.

The dresses were made by the girl´s school staff under the direction of Miss G.E.Packwood (headmistress) and on Tuesday there was a “house” of 350, and on Wednesday and last night there were also excellent attendances. Tuesday and Wednesday were for the children and last night, tonight and tomorrow for the adults.

Plans for booking seats weredisplayed in each classroom and the scholars booked seats for themselves, their parents and themselves. Mr Phillips was business manager.

The effort is for school funds.